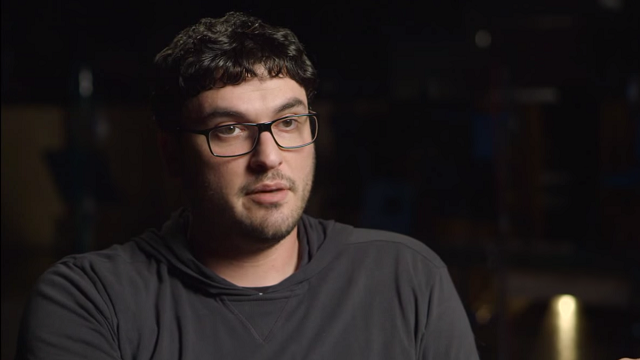 It’s a narrative that’s heard all too often in the film community.

<Insert film name here> would’ve been a masterpiece if it weren’t for that pesky studio, meddling at every turn.

From Stanley Kubrick on Spartacus to Joss Whedon on Age of Ultron, tales of studios enforcing mediocrity in great artists abound.

And now we’ve got a new one.

In a tweet heard around the world (and then silenced as if… oh, wait, he’s not working on that franchise any more… never mind), enfant terrible Josh Trank disowned the theatrical cut of Fantastic Four, saying his original vision was far better… and unlikely to ever be seen.

Uncharacteristically for the film twitter (which is known the world over for sensible discussion; slow, considered reactions; and no gender bias), everyone had an opinion.

Some felt Mr Trank was being a whiny little brat, who should just shut the hell up and accept that working on a  studio film has consequences and requires a level of maturity. The same people also cited (anonymous) reports of Mr Trank’s alleged erratic behaviour on set may have been more to blame for the quality of the film than any studio meddling.

Others seemed to think Fantastic Four was Josh Trank’s Exorcist III – a film that could’ve been great, were it not for third act, studio enforced changes to make the film more superhero-ey (for those who don’t know, there wasn’t an exorcism in Exorcist III, until the studio demanded one… using the sound logic that a film with the word ‘Exorcist’ in the title needed to have, well, an exorcist in the body of the film. Needless to say, it didn’t work out well, and Blatty’s film remains a piece of brilliance, tarnished by one exorcism too many).

Many spoke with seeming authority on the Josh Trank v Fox debate; few actually had any.

To date, the only commentary I’ve seen with any relevance (and no, arguing ‘I interviewed Josh Trank’ doesn’t count for relevance, sorry) was Max Landis, who took to twitter to offer his thoughts on the situation. Well, kind of.

Some interpreted Landis’ series of tweets as support for his one-time partner in crime. But, to be honest, I’m not so certain. Reading the Landis tweets carefully, they don’t much come across as “Poor Josh got fucked over”. Rather, the undercurrent seems to be “Maybe Josh wasn’t quite ready to take the reins of such a big project” or “Josh got lucky with Chronicle and was ill-equipped to deal with the studio shenanigans that come with a major franchise”.

The Landis tweets (which I’m also using as the name for my new Da Vinci Code-esque series of novels centred around a film blogger searching for Alfred Hitchcock’s DNA) are about as open to interpretation as a David Lynch film.

Less vague was Joe Carnahan, who unequivocally threw his support behind Josh Trank in a couple of very colourful tweets where he suggested the film twitter would drop to its knees with its mouth wide open had the same thing come from Christopher Nolan.

Carnahan’s knowledge wasn’t so much based on any dealings with Mr Trank, as it was based on his own experiences in Hollywood.

That said, the vast majority of film twitterati weighing into the ‘Fantastic Four as compromised masterpiece’ debate basically haven’t got the slightest fucking clue what they’re talking about.

I wasn’t on the set. Neither were you, or you or you. You, on the other hand, I’m not so sure about. You seem to know what’s going on. Wanna go get a coffee later? Yes, I am currently pointing at you, mythical, imaginary readers… and trying to pick one up. I’m a sad, lonely man in need of attention.

We don’t know if Josh Trank was high while filming (another unsubstantiated, anonymous rumour floating around), if suits were telling him to go left when he shoulda gone right. All we’ve got is a movie where – apparently – reshoots are easily detectable thanks to the colour of someone’s hair. And even then, all we know is what ended up on screen. For all we know, the stuff that it was replacing was just as bad. Or better. Or worse. You’re guess is as good as mine. Just as we’ll never know if Barton Fink’s screenplay was any good.

The main problem is, people often want to paint these things as black and white. Josh Trank as tortured artist vs studio as evil meddlers, or Josh Trank as wild child vs studio that just wants to protect its investment. The fact that life is rarely – if ever – that simple.

Did studio interference compromise Ridley Scott’s Blade Runner? Abso-lucking-futely! Thankfully, we’ve got a multitude of new cuts that restore his original vision… or at least restore it until he decides his original vision was different and we need a “this time it really is final I swear it” cut. Did studio interference wreck Brian Helgeland’s Payback? Debatable. I, for one, still think the theatrical cut is far better than the subsequent cut, although it’s fascinating to view both. Is the world better for having an extended cut of William Friedkin’s The Exorcist? Not on your life.

Conversely, there are times when studio interference is nothing more than a desperate attempt to polish a turd.  Robert Altman threatened to take his name off the John Grisham-scripted thriller The Gingerbread Man (a film so bad it would’ve been improved if it were literally about a psychotic killer made out of gingerbread) after the studio brought in another editor to ‘salvage’ the film. As a result, the studio tested both cuts of the film. Both tested equally poorly, and the world got Altman’s cut as a result. Subsequently, the film was relegated to the annals of history as a minor blemish on a great director’s resume, and gladly forgotten by almost everyone who saw it (those who do remember it, try desperately to forget).

Then there’s the Exorcist prequel. A movie so relentlessly average, we got to see two directors’ equally mediocre visions of the same concept.

There’s no magic formula for greatness, and no one deliberately sets out to make a bad movie. Well, no one who isn’t making a movie with the word “Sharknado” in the title. Writers, directors, actors and, yes, even studios want to make a good movie. Because ultimately, a good movie has a better chance at the box office than a bad one. Unless the movie has the word “Transformers” in the title. In which case, quality is irrelevant… Also, apparently unattainable.

In this day and age, studio interference is an easy scapegoat. Would Josh Trank have been so keen to point studio-enforced changes if the reviews had been kinder, and the audience figures stronger? Would Joss Whedon have been so quick to accuse Marvel of studio interference in the notorious Thor setup scenes (or, as I prefer to think of them, Marvel’s mandatory, superfluous franchise building scenes <tm>) had fandom not complained about how badly they slowed things down? Doubtful in both cases. As the old cliche goes, success has many fathers, failure is an orphan. Or a film by Uwe Boll. Actually, a film by Uwe Boll probably wishes it were an orphan just so it didn’t have Uwe Boll’s name attached to it.

Cases of directors and writers accepting responsibility when a film tanks are rare. Equally rare are cases of a director acknowledging that they fought tooth and nail against a certain creative decision, only to have their judgment proven wrong when the film was released.

It’s true that Jerry Lewis made The Day The Clown Cried. But, to his credit, he’s also refused to let it see the light of day for the longest of times. He’s also been quoted as saying the film is “awful, awful, awful”.  That’s accepting responsibility.

Edgar Wright – rather than putting his name to a film he didn’t believe in – quit to pursue other projects. Again, cojones the size of watermelons.

Other directors prefer not to talk about their struggles on films that bear their names. Michael Lehmann won’t talk about Hudson Hawk. Instead, on the Hudson Hawk commentary track, he just points to all the things he liked about the film and all the things he was aiming for… and quietly points listeners to the far less kind assessment in Richard E Grant’s wonderful book With Nails. Whether it’s discretion or just not wanting to bite the hand that feeds him, I can’t say. But he comes across well because of it.

For all we know, Trank’s ‘erratic behaviour’ was acting out because a studio wrested control of a film away from him. Or, he could’ve been doing his damnedest, with the studio spreading wild rumours as a pre-emptive strike when it was clear the film would bomb. Alternatively, Trank could’ve gone along with the changes, honestly believing they’d deliver a better film… before disowning em when it became apparent audiences and critics weren’t fans. We just don’t know.

At some point, I’ve no doubt I’ll see Fantastic Four. I like the idea of taking a light, fluffy comic book and turning it into something grittier and more reality based (I’m one of the proud, crazy few who really dug Man of Steel). If Fox decides to shell out for a director’s cut (and let’s face it, if it can be done with a minimal cost, it’s a sure thing they will… with or without Mr Trank’s participation), I’ll no doubt see that also. Editorial decisions in film fascinate me. Alternate cuts fascinate me.

But whether it’s as pointless as the Rogue Cut of Days of Future Past, as spectacular an improvement as the director’s cut of Kingdom of Heaven, or as detrimental to the original cut as the extended cut of The Exorcist …  well for now, that’s anyone’s guess.

Like acclaimed screenwriter William Goldman (a man who has had many a bad film with his name on it) once said. Nobody knows anything. Now if you’ll excuse me, I’m going to try and track down James Gunn’s first draft of Scooby Doo. I hear it was a masterpiece before the meddling studio got its hands on it.

There were many reports during shooting, that all was not well on the shoot of Fantastic Four with some even suggesting that director Josh Trank was close to being replaced amid massive reshoots. That’s all been firmly denied and everything seems to have settled since the marketing ramped up.

Is an X-Men/Fantastic Four crossover a good idea?

No, is the short answer but you probably want some deeper analysis