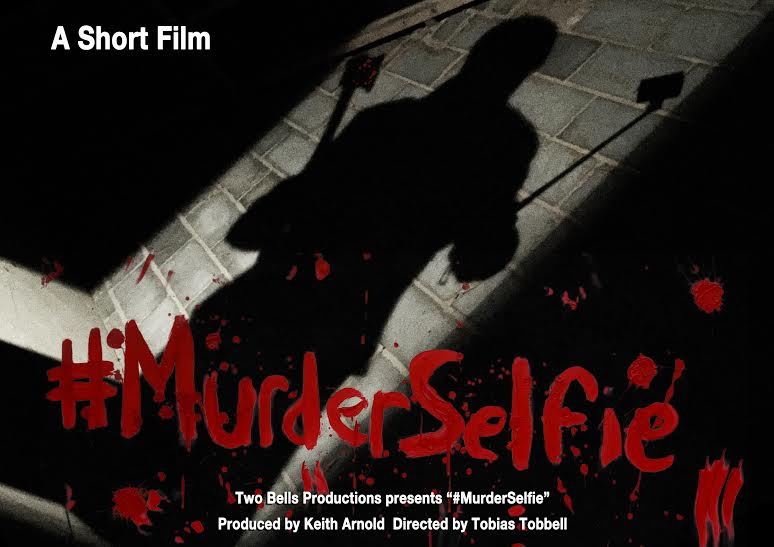 The Spoilist opens the floor to director Tobias Tobbell, who describes the experience which inspired his new short film, #MurderSelfie…

Three years ago I shot my debut feature, Confine, which was a hostage thriller set in the protagonist’s flat. Now I’m shooting a comedy-horror about masked intruders breaking into the home of a young couple. There probably is a reason why home invasion is on the mind…

I was living in Lewisham at the time of my own home invasion experience. I was followed into my block of flats by a ‘friend of a neighbour’. Then when I went into my flat I turned to see the guy running at me.

After a tussle at the door, as I tried to get it closed, the intruder broke through and immediately pulled a knife on me. He held the knife to the back of my neck, locked the front door and started pushing me further into my flat.

After taking anything he could see of value he demanded my phone. I’d just upgraded and cheekily tried to palm him off with the old phone still sat on the coffee table. I don’t know why I did that, I guess the idea of being without my social media for a while was worse than a bit of stabbing. But then my best mate decided to call at that very moment and the working phone, in my pocket, started ringing. Not cool, Pete, not cool.

Then there was some yelling, and I’ll admit it got a bit scary. He forced me to the ground then legged it. I didn’t wallow in self pity for long but quickly realised I had no means of calling the police (I didn’t have a landline at the time). So I was forced to power up the old desktop, log onto Facebook and ask an extremely skeptical friend via messenger to call on my behalf. Even the police weren’t sure whether to believe him but did turn up within the next 20 minutes.

This may all go a long way to explaining why I’m now making #MurderSelfie – a film whose plot revolves around home invasion and the young couple’s obsession with social media! Unlike Confine this is a pretty light take on the whole thing, mostly mocking the obsessive updating of their horrific experience as it unfolds.

We’ve just cast Bad Education’s Nikki Runeckles to play our heroine and have launched a crowd-funding campaign on Kickstarter. One of the coolest things about doing it that way is audience feed-back right from the start e.g. opinions on the mask design for the intruders, and we’ll be creating alternate versions of the film for backers to vote on their favourite!

Find out more on the official #MurderSelfie Kickstarter

We talk to Tobias Tobell, the writer and director of new British thriller ‘Confine’ starring Daisy Lowe and Eliza Bennett.