When you were watching Kevin Feige unveiling all the Marvel films in late October, you were probably thinking “Gee, I sure would like to print out that timeline and put it on my wall.” Well think no more and take some decisive action and finally get that Marvel-infused ink onto your sheet of A4. It’s also quite handy to keep track of the nine-film phase three, a full one third bigger than phases one and two. In case you don’t know there are returns for Thor, Captain America, Guardians of the Galaxy, and a double outing for the Avengers. There are film debuts for Captain Marvel, Black Panther, Doctor Strange and Inhumans.

That should take us up to 2019 but before we get there there’s still the small matter of Avengers: Age of Ultron, and the apparently unloved Ant-Man to come next year. 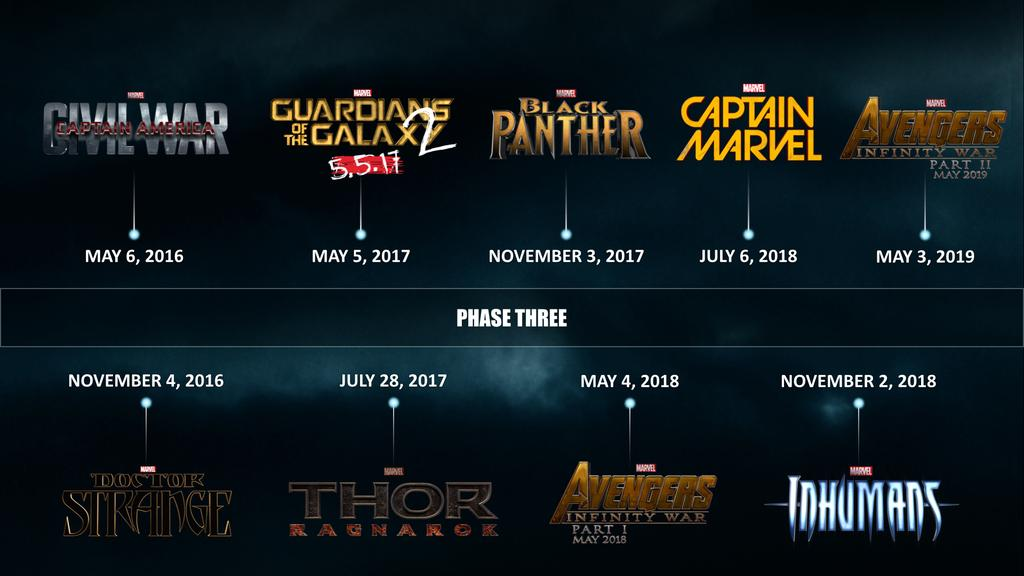 An extended look at the action of Phil Coulson’s team at S.H.I.E.L.D.

Benedict Cumberbatch joins the Marvel Cinematic Universe as Doctor Strange Stephen to his friends), a surgeon who goes on to discover the world of alternate dimensions and magic following a life threatening accident.