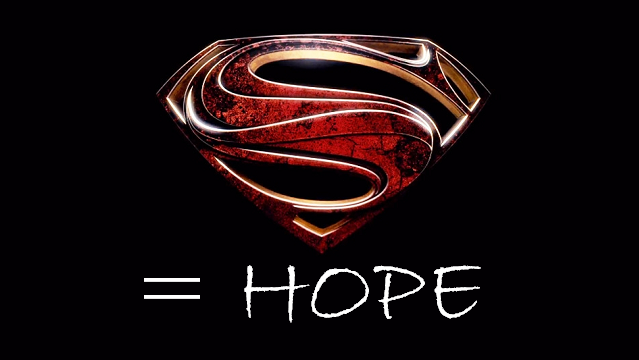 Sure, there’s always been debate about the merits of certain superhero movies, but Man of Steel is one of the few times where the source’s fanbase turned on itself.
Most of these arguments are subjective.
For instance, should Superman kill? Personally, I think he should kill…. every time he walks into a nightclub, I think everyone should turn, gaze at Superman and go “Man, that superdude is KILLING IT!” before resuming their drinking, partying or whatnot.
Then there’s the behaviour of Pa Kent… traditionally viewed as something of a moral compass in earlier incarnations of Superman. Thanks to Man of Steel, debate continues to rage about how the paragon of virtue was changed into someone who seems more like a Donald Trump supporter… Paranoid, small-minded and not at all interested in helping humanity. Kevin Costner’s Pa Kent is such a different interpretation of the character that it’s hard to know what to feel when he gives his life to save his son. Some feel it’s the supreme act of self-sacrifice, others feel it’s an act of parental abuse that leads Clark on the path to becoming a mean, neck-breakin’ Last Son of Kryton. As for me, I think it’s an act of nobility and self-sacrifice that’s only matched by Scatman Crothers in The Shining for its sheer pointlessness.
Like I said, these arguments are subjective. I’ve seen compelling cases for and against. And, ultimately, no-one’s going to change their mind – or even acknowledge the validity of another point of view – no matter how sensible, logical or well-reasoned it is. So instead, I’m going to fight the only battle I can win.
‘S’ can stand for hope goddammit.
Sure we all scoffed when Kal-El told a wide-eyed, softly spoken Lois Lane that ‘S’ stood for hope.
“What the hell’s he talking about? Shope?” we all thought as we chuckled to ourselves.
“Kryptonians speak English! ‘S’ stands for hope about as much as ‘K’ stands for horseshit!” we said.
But, ladies and gentlemen, it’s true… ‘S’ can – and does – stand for hope. And I intend to show you how.
First, a bit of context… Some years back, David S Goyer co-wrote a film called Ghost Rider: Spirit of Vengeance. If you haven’t seen it, I’d suggest you do… It’s the finest film you’ll ever see that combines the talents of Idris Elba and Christopher Lambert, and also features Nicolas Cage peeing fire. The only reason I mention this is that Ghost Rider: Spirit of Vengeance – like so many cinematic greats – was filmed in Romania.
“So what?” I hear you shriek. “If I wanted a travelogue, I’d watch The Trip! At least they do funny voices.”
This, as they say, is important… Because you know what the Romanian word for hope is? It’s “speranță”.
That’s right, motherfuckers, it’s ‘hope’ with an ‘s’.
I’m guessing, that while in Romania, or researching Romania, or somehow thinking about Romania, Goyer came across the Romanian heavy metal group ‘Krypton’, first featured in 1982’s Formatji Rock 7.
Either consciously or unconsciously, I’m thinking this set of a chain reaction in the fertile mind of Mr Goyer that led to the creation of a universe where Romanian and Kryptonian cultures were intertwined.
Sure, we don’t have Kryptonians greeting each other with a hearty ‘salut’ (Romanian for ‘hello’… Another ‘S’ word that can start with an ‘h’… Coincidence? I THINK NOT!), but this is all about the subtext.
The fact is, Goyer always knew that ‘S’ could stand for hope. And this definitively proves it.
Need more convincing? Look at the hidden code. ‘S’ is the 19th letter of the alphabet. What’s one from nine? Eight.
What’s the eighth letter of the alphabet? That’s right. ‘H’.
‘H’ for motherfucking Hope. And yes, that’s hope with a capital ‘S’.
QED, motherfucker.

Here’s a first look at Jason Momoa as Aquaman

Aquaman has changed. He used to be a blonde, with an orange and green outfit and have lots of exciting adventures with the fish. Now he’s more like…sea Thor