Here’s a teaser trailer for Tomorrowland, a film shrouded in mystery until this point. TThis doesn’t give a huge amount away, other than the fact that there’s a magic pin badge that can transport Britt Robertson to a secret place and George Clooney will be playing slightly jaded but still twinkly. The director is Brad Bird whose last effort was the franchise-reinvigorating Mission Impossible: Ghost Protocol. He previously worked on many much loved animations including The Iron Giant and The Incredibles and also Ratatouille, which is about a rat making food. People who like that one are weird. It is exciting that Disney are still willing to invest in original science-fiction projects given the high profile flop that was John Carter, curiously also directed by Pixar alumnus. While Bird’s success allows him to make this, Andrew Stanton is in the chair for the Finding Nemo sequel, Finding Dory. That’s cool too though right.

There’s also a synopsis for those who speak studio.

From Disney comes two-time Oscar® winner Brad Bird’s riveting, mystery adventure “Tomorrowland,” starring Academy Award® winner George Clooney. Bound by a shared destiny, former boy-genius Frank (Clooney), jaded by disillusionment, and Casey (Britt Robertson), a bright, optimistic teen bursting with scientific curiosity, embark on a danger-filled mission to unearth the secrets of an enigmatic place somewhere in time and space known only as “Tomorrowland.” What they must do there changes the world—and them—forever.

That all sounds very dramatic. Expect all geeky hipsters to be wearing Tomorrowland badges at some point in the next few weeks. You can see it up close in this poster. 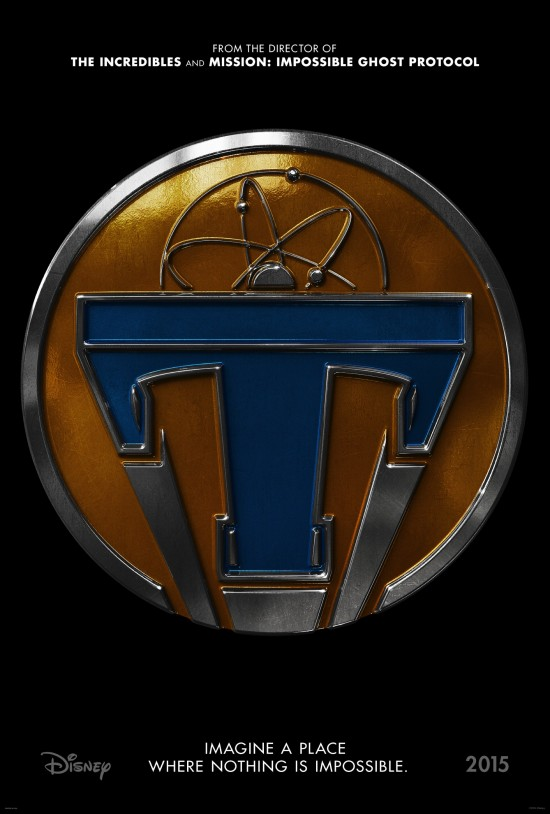