There’s lots of interesting stuff in the new Logan trailer, even it is isn’t quite as effective as the Johnny Cash scored first. Perhaps the most intriguing aspect of the trailer is the presence of the X-Men comics. That implies that this isn’t quite the same universe that we’ve seen before, that there’s a fictional version of these stories and this is the far harsher reality (this has since been confirmed by Jackman). That makes this a rather nice hypothetical one shot.

There’s also X-23  being horrifically and silently violent, and it seems that this will be a father/daughter relationship not unlike Big Daddy and Hit Girl. So we have a film that looks like its somewhere between Kick Ass and The Road. It seems this near future isn’t quite as bleak and post-apocalyptic as it appeared in the first trailer with shops and normal society all apparently functioning. So it’s more Mad Max than The Road Warrior. It’s good they don’t appear to be giving too much away before all is revealed on 1 March 2017. 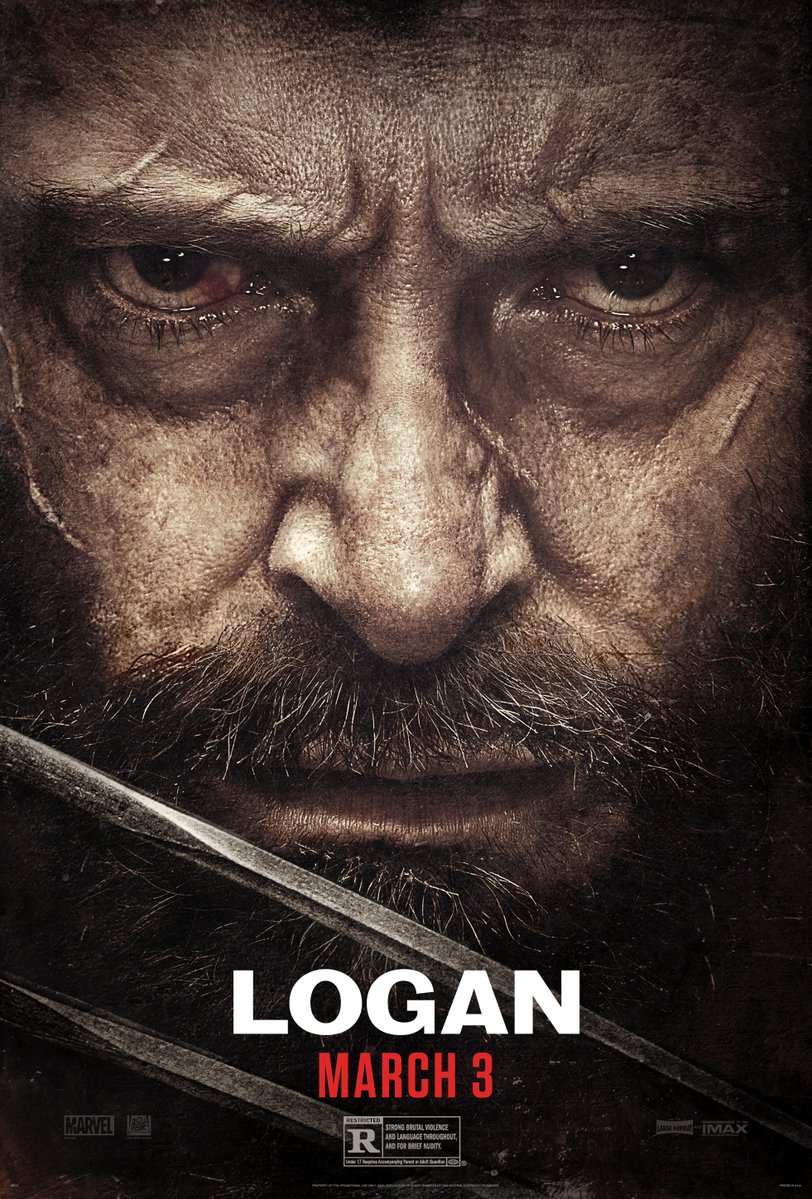 Logan is being billed as the final part in the Wolverine trilogy, the end of an era for the original X-Men movie cast and Hugh Jackman’s final performance as the character…

It’s probably best not to think of the X-Men films in any kind of continuity, otherwise you’ll give yourself a nasty headache…