The Justice League gang is all here – Batman, Wonder Woman, Flash, Aquaman…hmmm, okay… and Cyborg. Really? You’re going with Cyborg. Are you sure? You don’t want to reconsider Green Lantern maybe? Perhaps Martian Manhunter? No, okay. No that’s great. They’re a super lineup. Hey, where’s Superman? Dead, you say. How did that happen? That’s very careless. I mean he’s usually indestructible. You sure he isn’t just going to turn up? Oh he probably will? So is there any point in this mystery box marketing nonsense pretending he’s not in it? Nope. Good. Let’s move on.

It’s a lovely poster though. 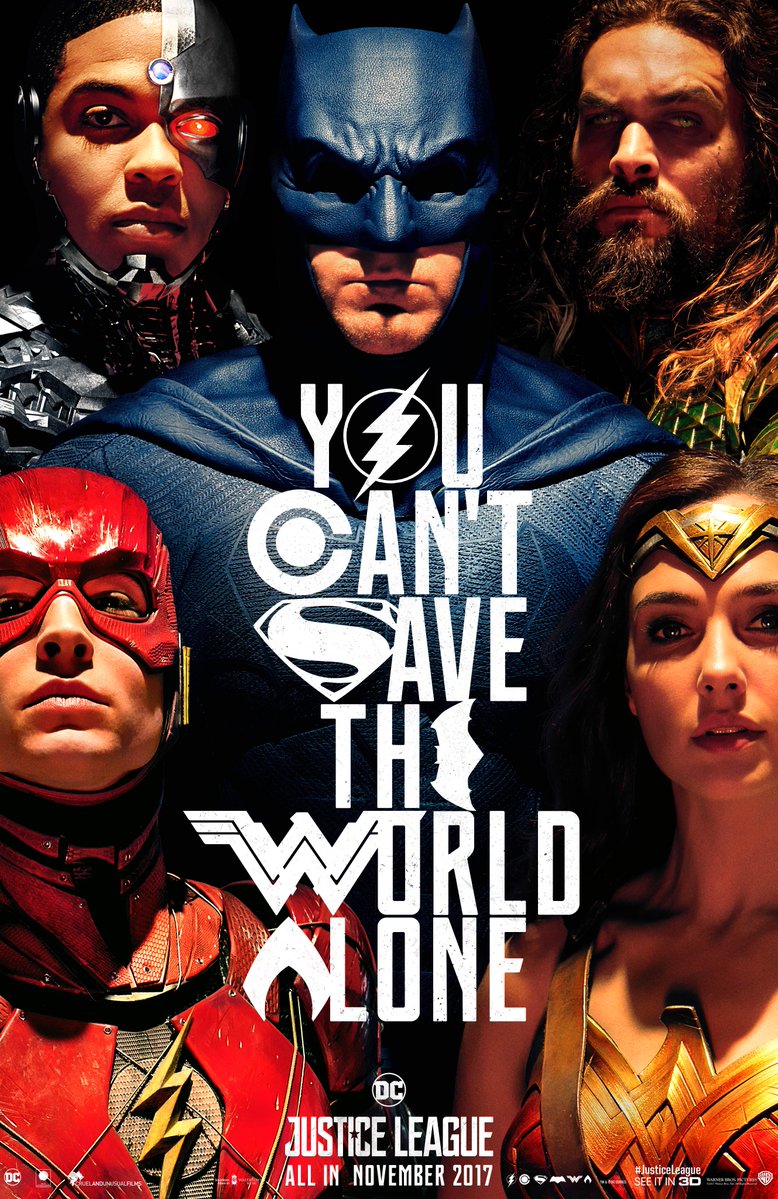 Well this looks dark. Literally, there isn’t a single shot of daylight in this trailer.