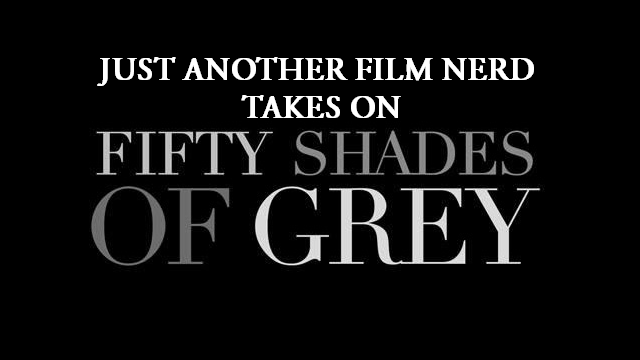 It seems no matter where you turn these days, someone else is offering their opinion (ill-informed or otherwise) on Fifty Shades of Grey – the movie and/or the book.

To be quite frank, I have neither seen nor read Fifty Shades of Grey. What’s more, I do not intend to ever do so.

First off, let’s start off with the plot. A literature student (Dakota Johnson) goes to interview an enigmatic millionaire (Jamie Dornan) with a fetish for tying women up and abusing them. She finds herself seduced by this mysterious figure, and before long it’s all whips, chains and leather. It reads like Mills and Boon meets Danielle Steele via the Marquis de Sade and whoever it was that wrote those “Twilight” books. Just without the panache.

It presents women as mindless bimbos who secretly want to be tied up and abused. Sure, this conceit seemed perfectly organic and plausible in Hostel 2 (which I haven’t seen, but stars the incredibly talented Heather Matarazzo – who was a powerhouse in Todd Solondz’s Welcome to the Dollhouse… which makes me confident Hostel 2 was an equally intelligent, raw look at gender and identity). But here in the world of Kristen Grey (I forgot to mention, this is where the title comes from… One of the characters is called “Grey”… That’s about as clever as this odious potboiler gets) and her kinky male “domme”, this just seems contrived and unbelievable.

And then there’s the bizarre casting. Sure, Dornan was perfectly believable as Phil Spector in the TV biopic The Fall (a series I haven’t seen, but – as an admirer of Mr Spector’s work in the music industry – I will no doubt watch one day). But as a suave chick magnet who’s Charlie Sheen from Wall Street in the streets and Laurence Fishburne from Tina: What’s Love Got to do With It in the sheets? Puhleeze. That beard on his imdb profile page alone is a shocking cock-blocker in itself. Johnson (oh, I’m sorry… I mean GREY) falling for a man with such a hideous soup strainer kills any believability this sordid nonsense may have otherwise had.

Then there’s Dakota Johnson, who appears to be slumming her way through film adaptations of best-selling literary works. First Twilight (which I refuse to see on principle) and now this. For someone who started off with so much promise, displaying such ahead-of-her-years nuance in Spielberg’s War of the Worlds and Tony Scott’s Man on Fire, it’s a tragedy seeing her talents go to waste in this sleazy trash.

With so much rank misogyny on display, it should come as no surprise that Fifty Shades was directed by a man. I have seen nothing else of Sam Taylor-Johnson’s work, but it’s clear Mr Taylor-Johnson has little to no regard for women. For some inexplicable reason, (perhaps as a pre-emptive defence against accusations of sexism), Mr Taylor-Johnson’s profile picture on imdb has been replaced with that of a woman. It’s a move that’s about as subtle or plausible as anything else contained in this execrable piece of work.

In short, whether in book or cinematic form, Fifty Shades of Grey proves quite clearly that sexism and misogyny is as rife in movies as it was when Zalman King was peddling his wares back in the 1980s. At least 9 1/2 Weeks (which I haven’t seen yet, but may one day because I find that Basinger woman quite appealing) had Mickey Rourke playing the millionaire… So you had an attractive rogue of a man rather than Jamie “Beard of Gandalf” Dornan.

If this is what we get from the first instalment of “50 Shades of Grey”, I hate to think what the next 49 have in store. God help us.