Jack Ryan originated in a series of books from the late, great Tom Clancy, with the character first appearing in The Hunt for Red October. Like any successful property it was adapted into a 1988 film starring Alex Baldwin as Jack. More books followed and a couple were adapted into films starring Harrison Ford in the nineties, namely Clear and Present Danger and Patriot Games. Then in 2002 someone realised that they hadn’t made one of those in a while so they asked Ben Affleck to star in The Sum of All Fears. Nobody remembers it though.

Now it’s Chris Pine’s turn to take on the role in a new film titled Jack Ryan: Shadow Recruit. This is the first Jack Ryan movie not based on a book and that’s scary. Imagine an audience going to see something original, but based on an existing character: they’d just freak out if the title didn’t fill them with comforting familiarity. So a meeting was called and it was decided to put the character’s name front and centre. That’s proved successful in the past. Alex Cross was a really big hit right? And Jack Reacher was box office gold.

These movie marketing experts aren’t stupid though. They’ll have seen that trend and realised they need something more; something cool. Kids like computer games and they have really groovy names. Brains were stormed and charts were made before they came up with the ultimate word combination – Shadow Recruit.

It’s both meaningless and interchangeable. We decided to play a game on Twitter to work out what future Jack Ryan movies should be called. One tweet mentioning Jack Ryan: Ghost Protocol gained some wonderful responses. Here are just some of the results:

@TheSpoilist Jack Ryan: the Revenge of the Fallen

@TheSpoilist Clear and Present Patriot Jack: The Hunt For All Fears

Jack Ryan: The Witch and the Wardrobe

So Jack Ryan producers, what do you think of that? I hope we can all get jobs at movie studios. Maybe even we can get one designing posters because this new one seems like it was made with scissors and glue. 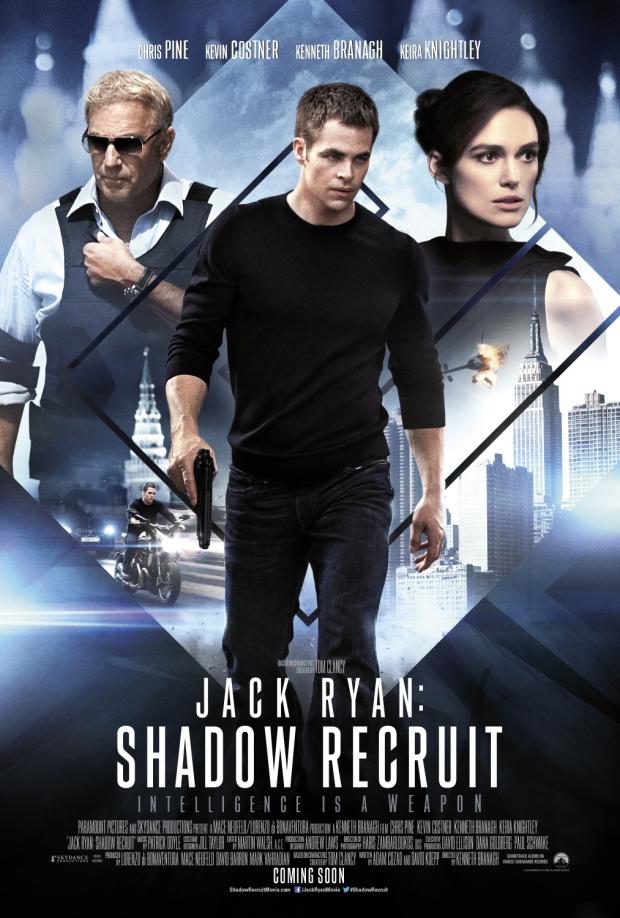