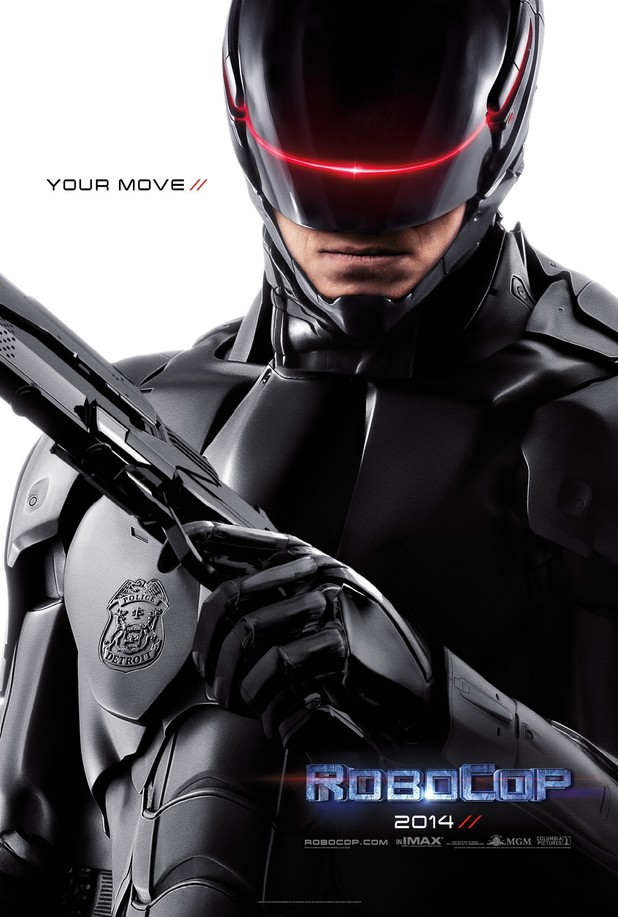 Last week there was the first trailer and not there’s a poster for the sexy shiny new Robocop reboot. His black suit makes him look sexy and modern. Unlike the old Robocop, this one has a swishy red light on his face and that’s looked amazing since the cylons first did that trick in the 1980s. Basically if you turned KITT from Knight Rider into a man-shape it might look something like this. It’s emblazoned with the tagline “your move” which hopefully means the film will feature an exciting game of chess.

It’s a poster for Jurassic World

If you were making Jurassic Park today, the poster would probably look a lot like this. Everyone likes a bit of darkness now.