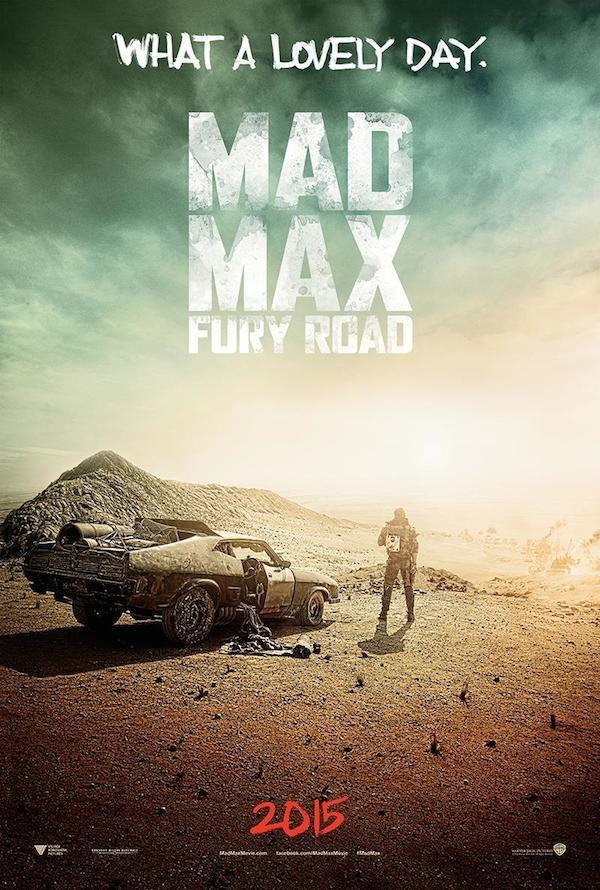 There are going to be a whole load of posters and trailers appearing over the next few days, all thanks to SanDiego Comic Con. Here’s a lovely poster for Mad Max: Fury Road, the reboot of the dystopian, car-heavy franchise that catapulted Mel Gibson to stardom. Mel Gibson is no longer the titular angry man with Tom Hardy taking on leading man duties. Whatever happened to Mel Gibson anyway?

Although this is a new take on these characters, it’s not actually a remake but takes place somewhere in the continuity of the original films. It’s not really worth thinking about that really. All you really need to know is that Max is an archetypal man-with-no-name (except he’s called Max) and following the brutal murder of his annoying wife and child, he drives around killing bad guys in a cool car. George Miller, the and director of the original films is back in the chair to bring his creation to a whole new generation.