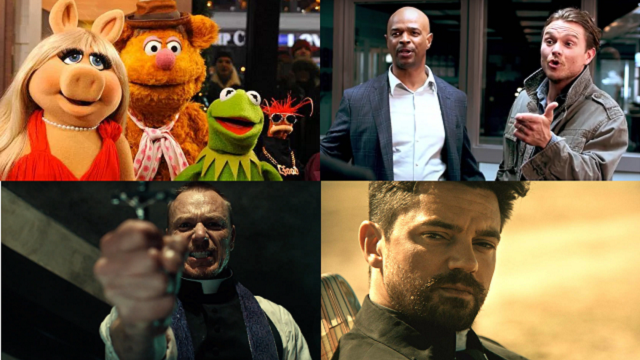 2016 hasn’t exactly been a shining endorsement for fandom.

Between the sexists and/or manbabies crying foul over Paul Feig’s ‘Ghostbusters’ or the batshit crazy Batman fans sending death threats and abuse to those who dared suggest Zack Snyder’s film wasn’t the greatest thing ever (spoiler alert: it wasn’t), this year has unearthed a truly dark undercurrent to fandom.

Even ‘Harry Potter’, a series of books and films primarily known for encouraging children and adults a like to embrace the fantastic and dress like their favourite wizard, wasn’t safe thanks to the emergence of Black Hermione (while people were upset about poor ol BH, no one seemed to bat an eyebrow at the non-ginger Ron Weasley – confirming my suspicions that redheads are not the persecuted minority they claim to be).

I should probably add a disclaimer at this point. When I refer to fandom, I’m not suggesting every DC Cinematic Universe fan is a slobbering maniac or that every ‘Ghostbusters’ fan is a sexist or whingeing child stuck in a man’s body. Some of my best friends dig ‘Batman v Superman’ or aren’t looking forward to Feig’s take on Mr Stay Puft. They’re sensible people who don’t use phrases like ‘ruined my childhood’, tag Paul Feig in tweets telling them they wished he and his cast would die or sending death threats to film critics who don’t appreciate simple pleasures like Holly Hunter contemplating the elegant beauty of a jar of urine. In short, they’re mature adults.

But… Rather than dwell on the negative (because, let’s face it, this is the Internet and no-one ever dwells on the negative here), let’s celebrate the positive and pay tribute to those facets of fandom that can hold their head up high and proudly proclaim that while they haven’t been heroes, they’re most definitely decent human beings (or, at least not certifiable).

Taking the beloved Muppets and imposing a reality tv format on them seemed like a bad idea, and completely contrary to Jim Henson’s vision. Audiences agreed and the show was gone so quickly that most people have already forgotten it. And while many expressed their displeasure, none took to Twitter to accuse the new show’s creators of skull-fucking Jim Henson’s corpse or ruining their childhood. So, Muppets fans, we salute you. Thanks for being more like Robin and less like a sociopathic Statler and Waldorf.

You want beloved? Look no further. The classic William Friedkin/William Peter Blatty remains a staple of horror aficionados the world over. And what do these loyal fans get for having suffered not one, but two terrible sequels (or two and a half/three… depending on how you choose to count the Harlin/Schrader effort*)? A rather cheap, stodgy looking show that seems to have retained nothing more than the classic film’s title. (It’s worth noting, The Exorcist: The Series has not yet been released, but let’s face it… When has that ever stopped fandom from unleashing a tidal wave of assholery?). To those fans of the classic movie, The Exorcist, thanks. We’re glad the power of Christ still compels you.

Generally, reviews of this Seth Rogen/Evan Goldberg adaptation of the popular comic have been positive, but the one thing that’s come through loud and clear is that it deviates fairly heavily from the source material. How did fans react? Did they storm out claiming Rogen/Goldberg betrayed the source, just as certain comic book fans did when it turned out a prominent MCU villain was actually an unemployed actor/junkie? No. They embraced it, accepting that you can stay true to the spirit of a story, while tinkering with its content. And for that, ‘Preacher’ fans, we’re glad you kept the faith.

Now if there was any mob you’d expect to kick up a stink, it’d be about this one. Shane Black’s beloved action/comedy (which spawned one great sequel, one decent one and one that features Chris Rock and Jet Li) has a huge following. Sure, we’re not talking regular Leo Getz cosplayers at Comicon, but it’s still pretty popular. Yet even though the retooled-for-TV plot (Murtagh now has a heart condition and needs to keep away from stressful situations… COS IT’S FUNNY!) sounds terrible and the trailer looks as generic as the home brand cereal I had for breakfast, the reaction has been incredibly muted. Complaints? Sure. Ruined childhoods or death threats against Damon Wayans? Nope. People accusing Shane Black of being a royalties whore, because he said he liked the trailer? Nope. So for that, ‘Lethal Weapon’ fans, we say thanks. Please, never, EVER get too old for that shit.

(Of course, if the updated TV pilot featured Gina Carano as Riggs and Alfre Woodard as Murtagh… They might not be there. But then again, these things have nothing to do with sexism… Right? It’s about the principle of the thing, right? About drawing a line in the sand and saying ‘we shall tolerate this culture of sequels and remakes no more’, riiiiiiiight?)

Here’s the poster for Muppets Most Wanted

It’s Christmas time so we need to know – What would Baby Jesus watch?

We get the definitive answer to the question “Is this a Christmas film?”

Teaser trailer for Muppets Most Wanted