Ordinary people thinking that they’re “meant for something more”, plenty of eclipse imagery and a portentous voiceover – yep this is Heroes all right. It was more than a year ago that NBC announced they were bringing back  Tim Kring’s mildly successful superhero show, and nobody was quite sure why. It perhaps makes sense in a time when superheroes rule the box office, but it’s not the most fondly remembered TV properties and having run from 2006 until 2010, there’s hardly been enough time to get nostalgic about it. After a promising first series, every other seasons wrapped itself in loops by introducing too many new characters and plots that went nowhere. Each season producers promised it would take the show back to its not so distant roots and be more like the first series, and they never really got there.

Now with Heroes Reborn, they have the chance to start fresh and use the same concept of people discovering they have powers but with new and better characters. Except it seems they can’t leave their own continuity alone with plenty of old faces slated to appear with Jack Coleman set to return as Noah Bennet and guest appearances from Masi Oka, Greg Grunberg, Sendhil Ramamurthy and Cristine Rose. The new cast is being headed by Chuck star Zachary Levi as Luke Collins along with Judith Shekoni as Joanne, a pair of vigilantes looking to avenge a loss.

It’s being billed as a “limited event series” which means that it’s a mini-series unless it’s a ratings success in which case it will be renewed like every other show. Heroes Reborn runs for 13 episodes and will air Thursdays on NBC starting on 24 September 2015.

There’s a new poster too which  is….colourful 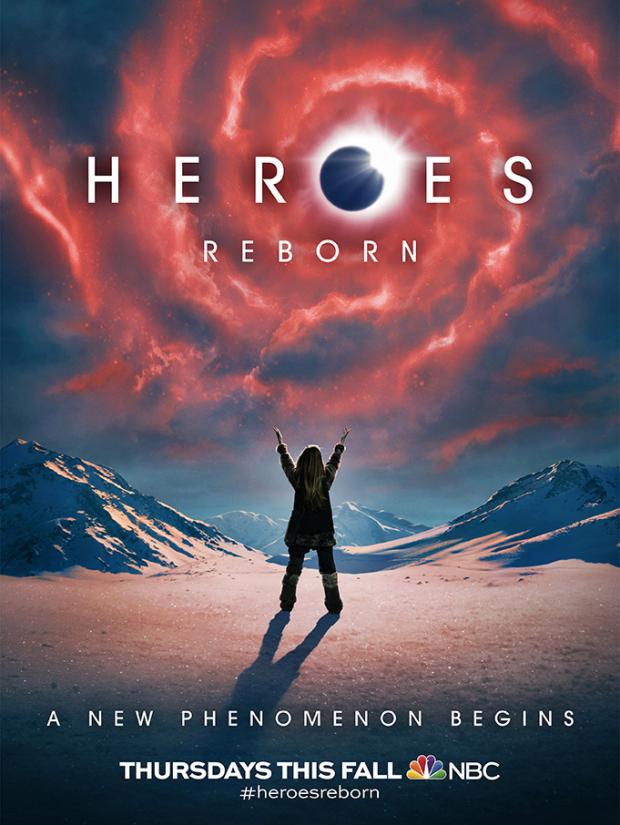 Collider via Den of Geek

Remember when NBC announced a new series of Heroes and collectively we all stopped for a moment and asked, what? Why? Who? Well just one year on we have a brand new trailer for Heroes Reborn