Reset the Future. Don’t you mean the past? Oh whatever. Terminator: Genisys  has taken everything a little timey wimey, maybe even a little Back to the Future II where we get to see scenes from the first film from a different angle. It’s also a bit like Star Trek (2009) with young and hip actors playing what some might consider untouchable iconic parts. That might be pretty cool in theory but with four films and a short-lived TV show already in existence, the whole franchise is a lot messier than that and every major character in the franchise has been played by multiple actors in a range of messed up timelines.

This film appears to be wiping out the wrongs done by weak sequels using time travel, in a similar way that X-Men: Days of Future Past decided to wipe any of the events of X3 and some X-Men Origins: Wolverine. This practice is hardly new. Halloween H20 released in 1988 decided to just ignore the continuity of the previous three sequels to bring back Jamie Lee Curtis’ character of Laurie Strode.

So we’re going right back to the very beginning, but this time we get to see it from the other side. Rather than seeing a film set entirely in the 1980s, it begins in the future and shows the first time travel event which sent Arnold Schwarzenegger’s T-800 back to 1984 and Kyle Reese as he followed her. The film clearly revelling in the iconography of the James Cameron films, and ignoring all that came before including the solid if uninspired Terminator 3: Rise of the Machines (2003) from Jonathan Mostow, and especially Terminator Salvation (2009) directed not particularly well by McG.

Arnie is joined by Emilia Clarke as Sarah Connor, Jai Courtney as Kyle Reese, Jason Clarke as John Connor and time travel specialist Matt Smith in an unnamed role (we kinda think he’s actually playing John Connor but don’t tell anyone). Thor: The Dark World’s Alan Taylor is in the director’s chair. There’s a new poster too. Do you like it? 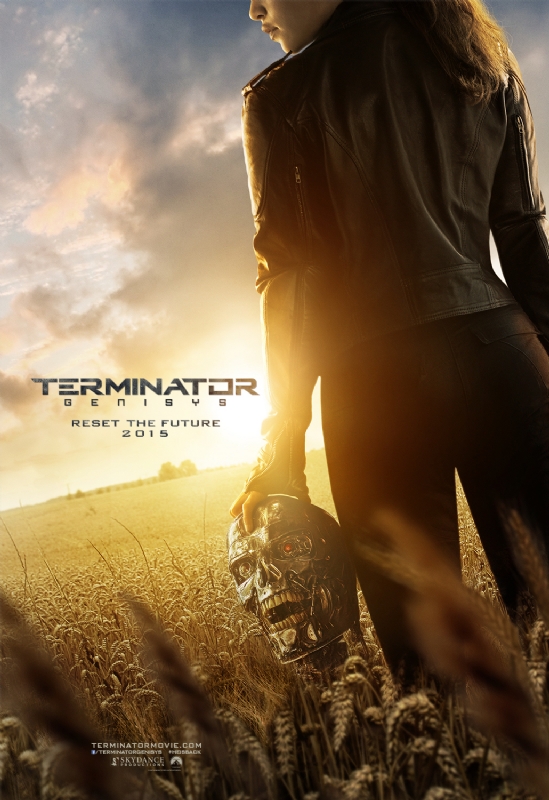