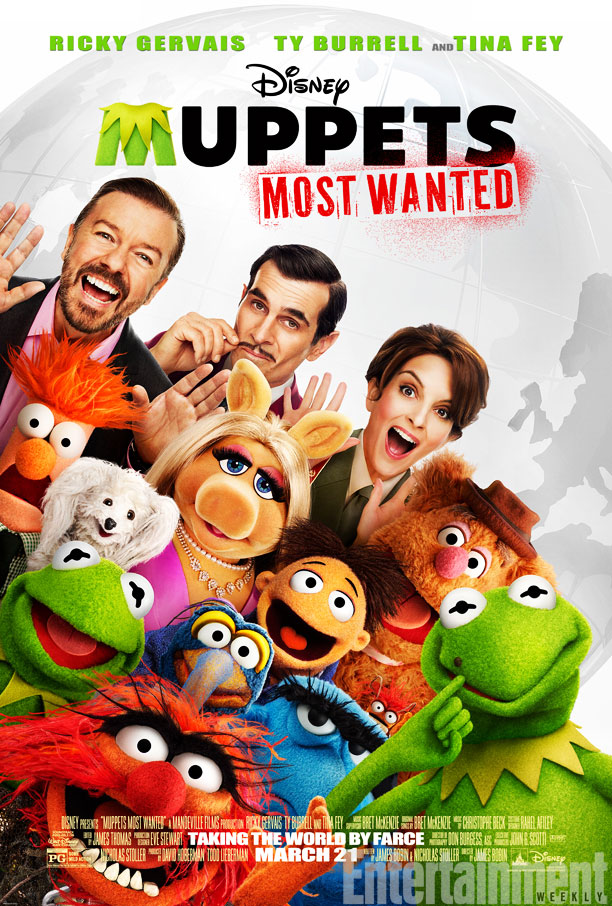 Following a teaser trailer in the summer, there’s now a poster for Muppets Most Wanted which co-stars sitcom actors Ricky Gervais, Ty Burrell and Tina Fey. Following the sweetness of The Muppets might prove a difficult task, with the human stars Jason Segel and Amy Adams perfectly encapsulating the sweetness and sincerity required to co-star with Jim Henson’s creations. The new stars are somewhat spikier but although director James Bobin is returning, this is a very different film in tone reflecting the style of second Muppets movie, The Great Muppet Caper from 1981.