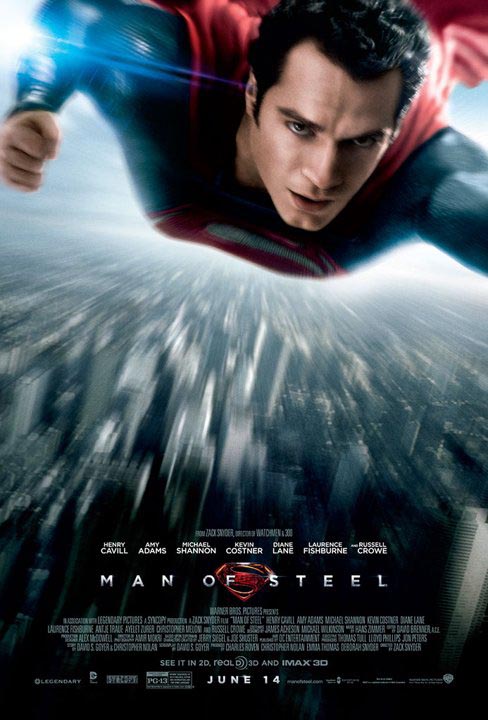 Given the massive marketing blitz that Star Trek has gone through with it’s 21 posters, you might expect a whole lot more than this fairly standard piece of Superman imagery. Actually, while you might have expected the JJ Abrams film to be the one that keeps it all under wraps, it’s really Man of Steel that has been kept most secret with very little known or seen of Henry Cavill and Amy Adams’ performances as Clark Kent and Lois Lane. Still remember when you used to really want to put up posters on your wall? This just isn’t iconic enough.