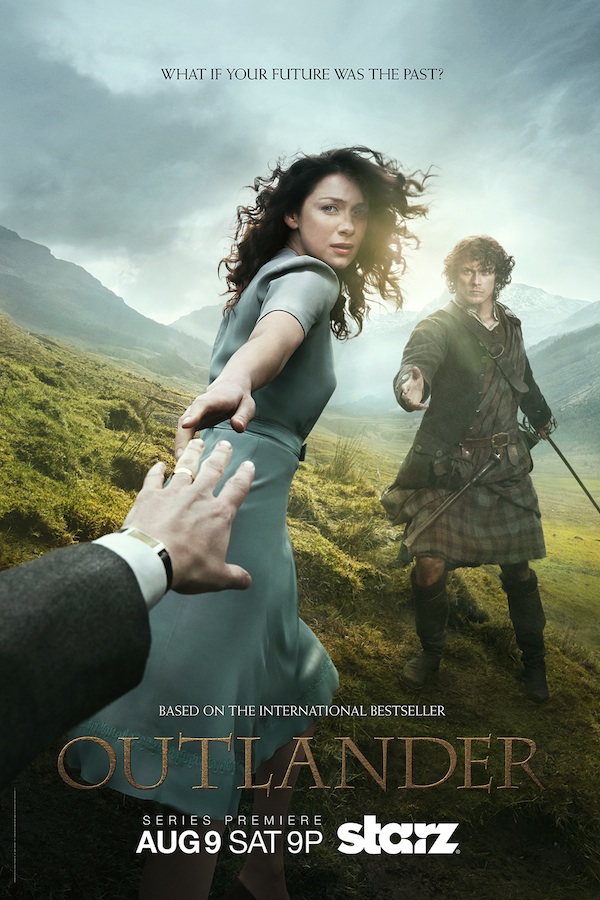 A date has been set for the highly anticipated Starz time travel historical drama Outlander based on the novels by Diana Gabaldon. It’s been adapted for television by Ronald D Moore who most famously made Battlestar Galactica into one of the defining shows of the 21st century but also wrote some pretty fine episodes of Star Trek.

The poster shows lead character Claire Randall as portrayed by Caitriona Balfe, whose life is changed when she is transported from her life as a combat nurse in 1945 to the Highlands of Scotland in 1743. Sam Heughan, Tobias Menzie and Gary Lewis also star.

If you missed it, here’s a teaser trailer released earlier in the year.

Outlander begins on Starz on 9 August 2014

Coming to Syfy this January