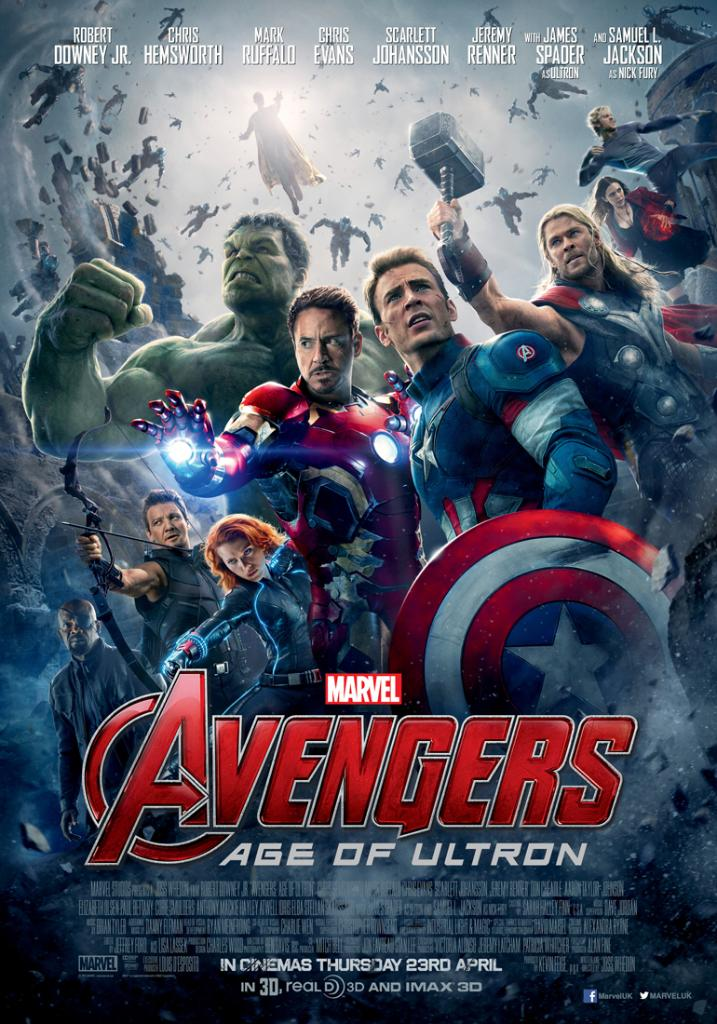 There’s no denying that this is a somewhat busy poster. Being harsh you might say that it’s a poorly photoshopped mess. There’s no doubt that there’s a whole lot to service. Of course, front and centre are the superhero team of The Avengers with Iron Man, Captain America, The Hulk, Thor, Black Widow and ….what’s his name? You know he was in that thing. Hawk guy? Yeah, that’s his name. There’s also Nick Fury, he’s sort of at the peaking up behind the ‘A’ and potential Avengers; Quicksilver and Scarlet Witch are just kinda flying up the back (can they fly?). If you look closely you might see The Vision flying in the sky amongst all the Ultrons.

Marvel can be forgiven for releasing a shoddy poster, because essentially they don’t need to market this film at all because it’s most likely going to make more than $1 billion dollars. Also Marvel don’t have access to talented artists who spend every day painstakingly drawing their characters. That’s simply a ridiculous notion.

There are plenty of interesting things to gleam from this poster. Chris Evans’ Captain America has been promoted to co-lead beside Robert Downey Jr taking his place at the front of the group, having lingered in a mid-shot for the first film’s poster. Although if you look at the credits at the bottom of the screen Downey is still the only name before the title, because he has the best agent. It also confirms the presence of Anthony Mackie as Falcon, tying more of the cinematic universe together. Also someone called Jeremy Renner is in it….who is that guy?

Welcome to Level 7: New clip from Agents of SHIELD

Another 6 seconds of SHIELD