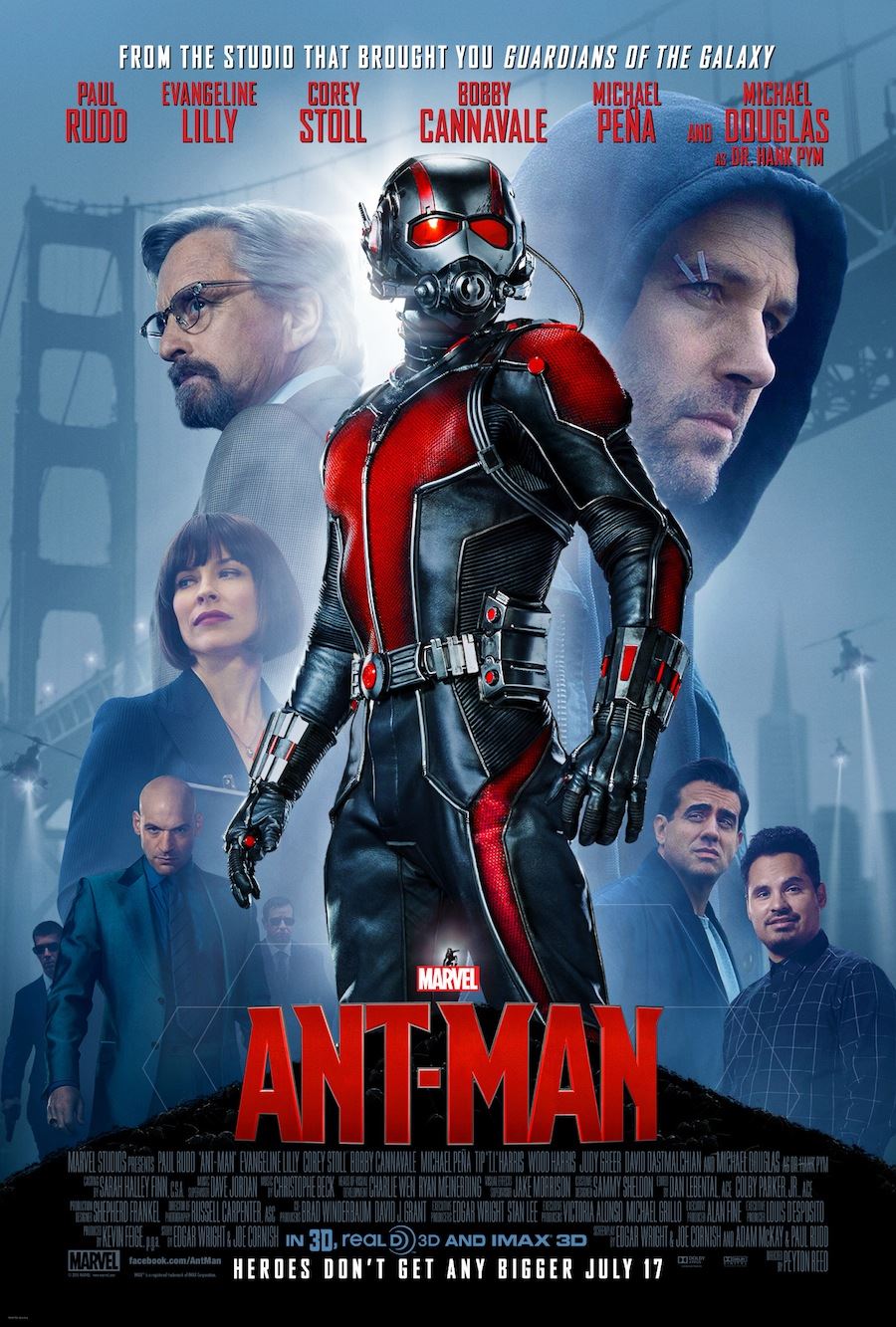 Marvel can’t really do posters right, can they? With legions of the finest comic-book artists in the world at their disposal, they stick with characters oddly placed in size order of importance. It’s all so formulaic, but it’s served them well so far, just like their movies.

Ant-Man will be Marvel’s second movie of the summer and can it do anything other than underwhelm after the juggernaut of Avengers: Age of Ultron. It’s new territory for Marvel with their first new solo character movie since Captain America: The First Avenger launched back in 2011, although the Disney-owned company have proven more than capable of launching fresh franchises with the huge success of Guardians of the Galaxy in 2014.

What may bring people through the door, other than just the Marvel name, is the recent announcement that Paul Rudd, who plays Ant-Man’s alter ego Scott Lang, will be further incorporated into the Marvel Cinematic Universe with an appearance in 2016’s Captain America: Civil War, alongside virtually every other major MCU presence.

Ant-Man also stars Michael Douglas, Evangeline Lilly and Correy Stoll in a film directed by Peyton Reed and arrives in cinemas on 17 July 2015.

New UK Trailer and Poster for Star Trek Into Darkness

It’s the latest trailer and poster for the new Trek movie. Warning – contains Alice Eve in her pants

Here’s the first poster for SPECTRE

The people who work at the James Bond publicity plant are calling this a teaser poster for SPECTRE. Do you feel teased?