What’s a motion poster anyway? It’s a poster that moves apparently.Can you put it on a wall? No – then that fails the poster test. Really it’s just a little video trailer. It’s on YouTube for goodness sake. Anyway, it’s another look into the world of Matt Murdock aka Daredevil, the Marvel superhero coming to a new series from Netflix. It looks like this is going to be a more adult take on the Marvel Cinematic Universe, fully exploiting the potential of being off network and online. Charlie Cox stars in the title role with Rosario Dawson, Vincent D’Onofrio and Deborah Ann Woll in support.

Marvel have also released this new promotional image apparently showing Murdock senior, so perhaps we’ll get a look at an unexplored time period in the MCU. 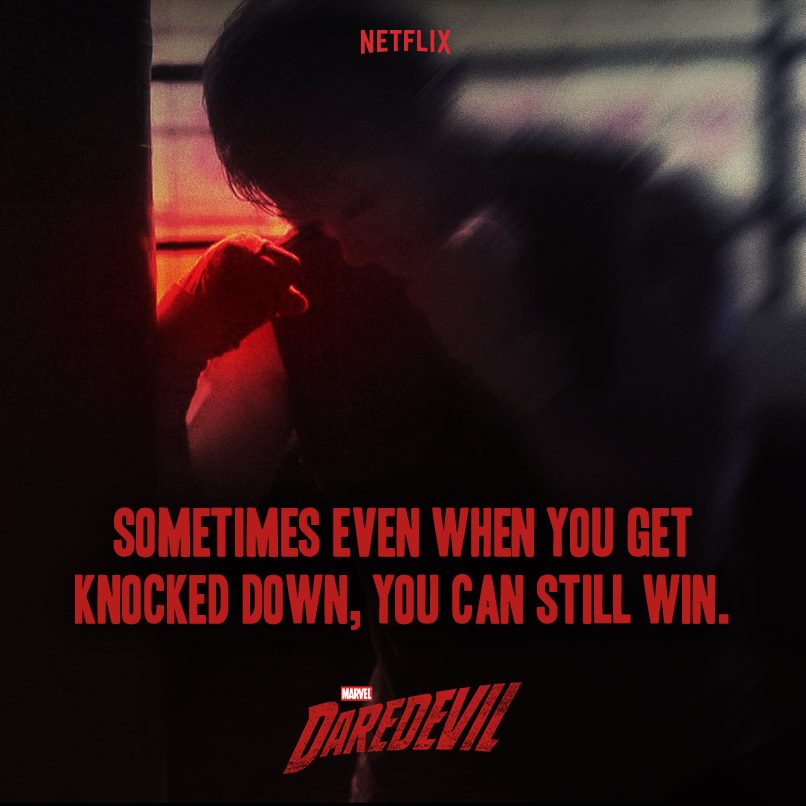 Every episode comes to Netflix on 10 April 2015

And so, with much fanfare, arrives the latest addition to Marvel’s increasingly inaccurately named Cinematic Universe.

Daredevil is coming to Netflix in April 2015