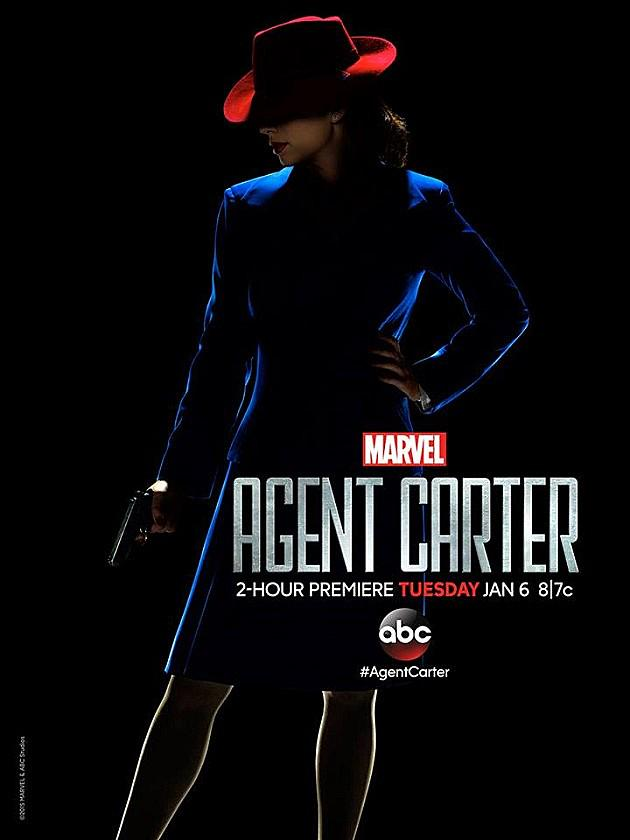 Here’s a lovely poster for Agent Carter, the new TV show from the Marvel Cinematic Universe (they probably need to rethink that name now). Hayley Atwell stars as Peggy Carter, reprising her role from Captain America: The First Avenger in a show that follows that film far more directly than the Captain America sequel due to the lead character being frozen in time for a good sixty years.

Agent Carter is set in 1946 and follows the titular heroine as she works for the newly formed Strategic Scientific Reserve. Relegated to administrative work after the end of the Second World War she is recruited by Howard Stark (Dominic Cooper) to go on secret missions to try and clear his name, following his being framed for supplying deadly weapons to some unfriendly sorts. It’s probably Hydra, it’s always Hydra. She’ll be given full access to all of Stark’s arsenal and to his Butler, Edwin Jarvis (James D’Arcy) who will go on to inspire JARVIS, Tony Stark’s artificial intelligence system.

Hayley Atwell is one of the most prolific players in the Marvel Cinematic Universe having played Peggy in her own one shot titled Agent Carter which inspired this show, a cameo as her older self in Captain America: The Winter Soldier, appearances in Agents of SHIELD and parts in the forthcoming Phase 2 movies Avengers: Age of Ultron and Ant Man.

The pilot has been written by Captain America scripters Christopher Markus and Stephen McFeely and directed by Louis D’Esposito, who also helmed the Agent Carter One Shot. The Russo brothers, who have directed both of Captain America’s big screen outings will direct episodes during the run of this eight episode series.

As awesome as this new poster looks, we can’t help but think she’s dressed like Paddington Bear.

Agent Carter debuts with a two hour premiere on 6 January 2015, running without interruption until Agents of SHIELD returns to the Marvel slot in the spring.