And when we say ‘new cast’ we actually mean Kurt Russell as Peter’s father. It’s just like when Spock turned up at the end of Star Trek (2009). Otherwise the gang is all present and correct and accompanied by a classic 1970s track – this time it’s Fleetwood Mac’s the chain which British viewers may think of as the BBC Formula One theme tune. It looks big, bright and funny with all the characters that made the first one the surprise breakout hit of 2014.

Following the pretty standalone first film, you’d expect there to be some concessions towards the Marvel Cinematic Universe, especially given that the Guardians are going to be teaming up with the Avengers when next we see them. Chris Pratt, Zoe Saldana, Dave Bautista, Karen Gillan and Michael Rooker star alongside the voice talent of Bradley Cooper and Vin Diesel.

There’s a lovely new poster too. Look, it’s all bright and shiny. 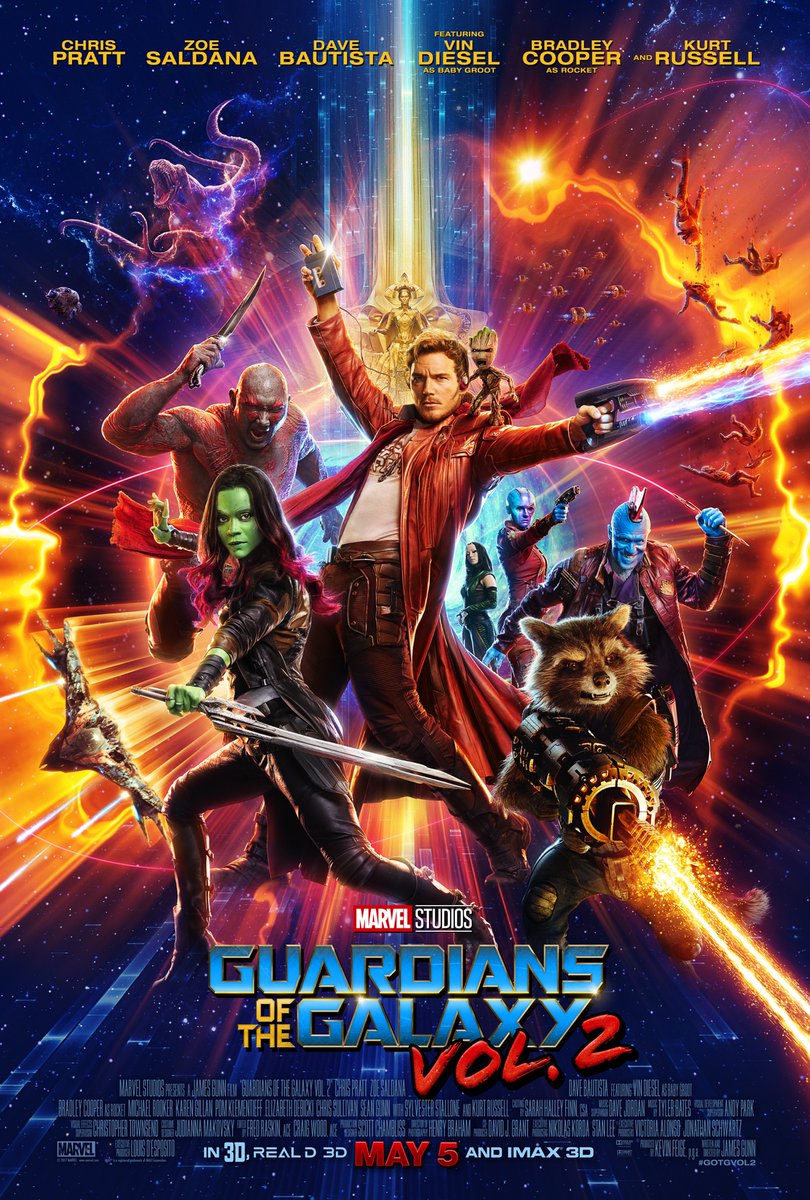 Look, we’ve always said that we don’t post teasers for trailers, and this appears to be exactly what this is. However, it’s more than a minute long and has some cool imagery and one very nice character moment…