Get your hands off of me….. no actually those are nice hands

Judy Greer has joined the cast of Dawn of the Planet of the Apes, playing Cornelia, a love interest for Andy Serkis’ Caesar. Could she be the driving force that takes the apes to the next level? Well that will probably be in the film when it comes out in 2014.

Remember Zombieland? It was a fun and smart film starring Emma Stone and Jesse Eisenberg when they were on the verge of greatness. It also featured one of the greatest cameos of all time. There was talk of a sequel but that died somewhere along the line but there’s going to be a TV show. Well an online show. Amazon are entering the original productions fray and rather than getting a big name, they are going for an established property. It all looks like some pretty weak cosplay to us. 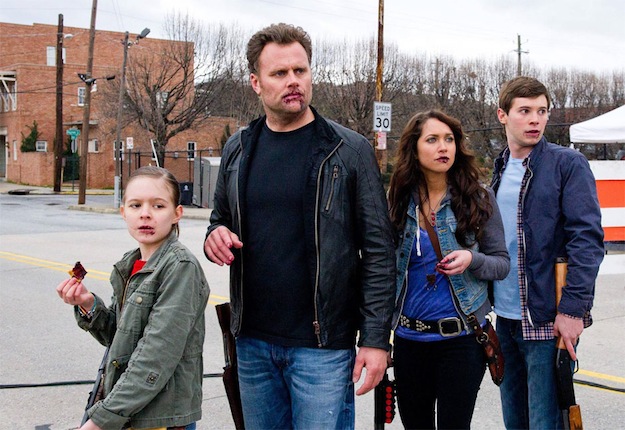 Once Upon a Time has been happily utilising the Disney back catalogue to retell these stories in a particularly dull and cheap looking way and now they are delving deeper into one of these properties. Once: Wonderland will be a 13 part mini-series telling the story of Alice as played by Sophie Lowe and fill the parent show’s hiatus. The project has yet to get the green light but should do after producers screen a five scene presentation to producers this summer.

MGM have joined forces with GK Films to develop a new film based on Tomb Raider. With the games rebooting, this makes sense but we’re all still waiting on the first great movie based on a video game. Expect every actress ever to be linked with the part of Lara Croft.

BBC One’s Merlin replacement series Atlantis has announced that Juliet Stevenson has joined the cast.The show will draw on Greek myths and legends and has been written by Misfits creator Howard Overman

New Dawn of the Planet of the Apes poster

They finally made a monkey out of me

The legend begins this Autumn on BBC One