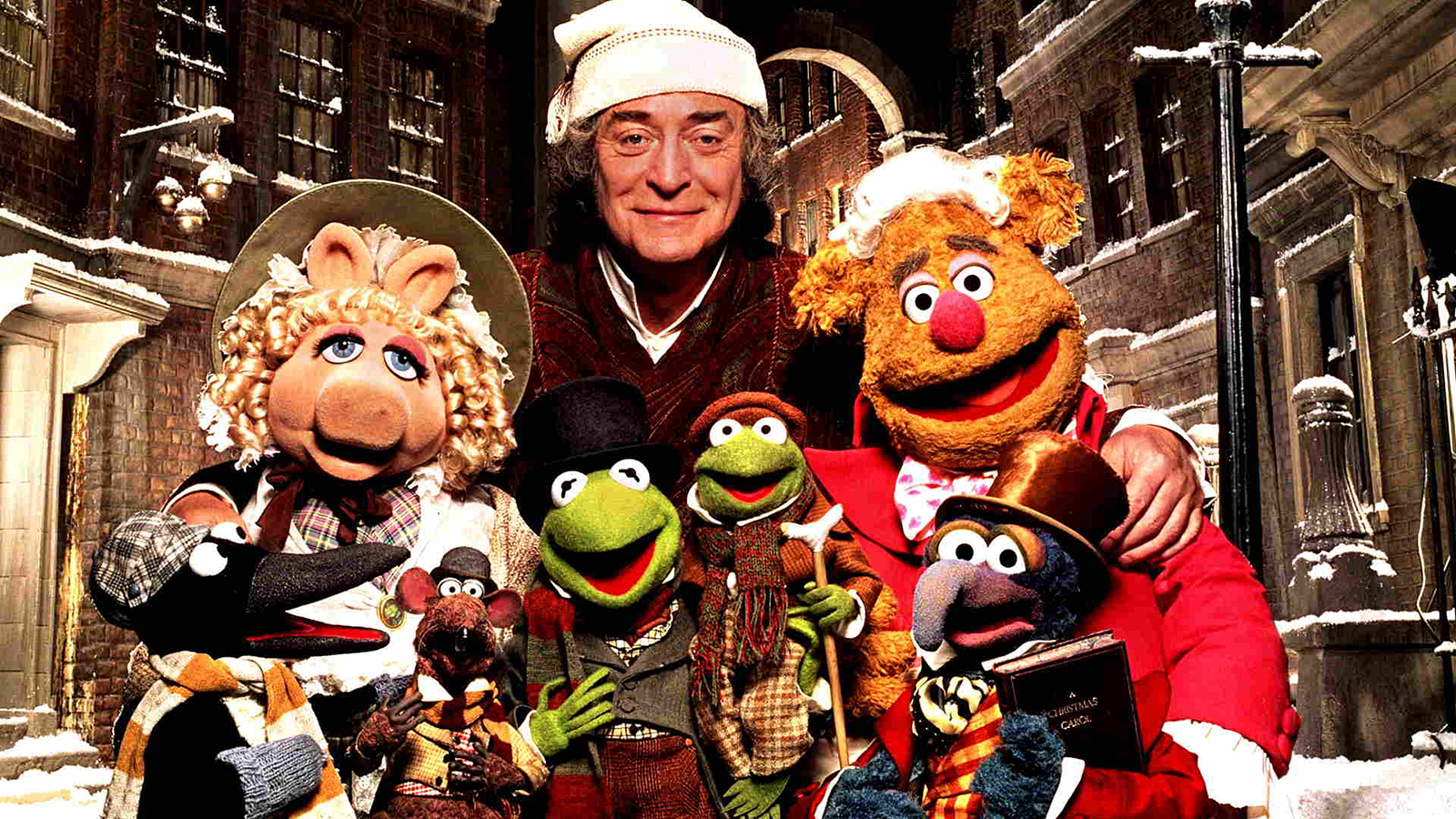 Charles Dickens’ A Christmas Carol is an indestructible text. It is among literature’s most adapted works with versions appearing on stage, in film and on television. There are the faithful adaptations like the 1951 film  A Christmas Carol starring Alastair Sim; it can be a comedy vehicle as seen in Bill Murray’s Scrooged (1988); or can even be given with a science-fiction twist as seen in episodes of Quantum Leap and Doctor Who. One of the finest versions of this classic tail remains the unconventional but highly faithful The Muppet Christmas Carol directed by Brian Henson.

It’s a beautifully crafted film with masterful puppetry, wonderful songs and stunning sets. The quality of the production is evident from the opening titles which pass over the rooftops of Victorian London. This was before the era of CGI and was achieved using three foot high models and shot at a low frame rate with more models moved into shot as the camera pulled back to create the illusion of scale.

These wonderful practical filmmaking techniques are on show throughout the film. The puppets are seamlessly blended with the sets and the actors. One sequence featuring Kermit walking down the street and singing with Robin on his shoulder reportedly required 10 puppeteers but the results are worth it, placing the frog in a fully realised world. The Ghost of Christmas Past was shot in liquid to create a floating effect and then expertly composited into the shots. Outside of the puppetry, the vast Victorian street sets, built in Shepperton studios, used one of the oldest techniques with smaller buildings built at the ends of the streets created forced perspective.

This confidence came at an uncertain time for The Muppets. There hadn’t been a Muppet movie since The Muppets Take Manhattan in 1984 and their creator and guardian Jim Henson sadly died in 1990. His son Brian Henson took the reins for this film and, along with returning veteran puppeteers including Henson’s long-time collaborator Frank Oz, kept the Muppet magic alive.

The lead role of Ebenezer Scrooge went to veteran British actor Michael Caine whose performance added gravitas to proceedings and reflected life onto the Muppets through his reactions. Rather than hamming it up or attempting a comedic performance, Caine understands that, while the production is filled with talking frogs, pigs and singing vegetables, he is playing a serious part in a story about love, loss and redemption.

These themes are wonderfully played in the films songs written by Paul Williams. The tone is set at the outset with the big sing-along chorus number ‘Scrooge’ providing plenty of laughs and it acts as an opportunity to show off the vast, detailed sets, the entire Muppet chorus as well as perfectly setting up the story.

There are other songs throughout with the Ghost of Christmas Present’s ‘It Feels Like Christmas’ being a highlight with it’s evocation of warm imagery capturing the spirit of the season. Controversially one of the main set-piece songs ‘When Love is Gone’ was cut from the theatrical release of the film at the insistence of Disney who believed it would bore children, to the protests of director Brian Henson. It is sung by Belle (Meredith Braun) to convey the ending of her engagement to Scrooge and is the emotional heart of the story. It is echoed in the final moments with the song ‘When Love is Found’ demonstrating its importance in the narrative. It was restored on early home video releases but remains glaringly absent on the more recent Blu-ray.

Although this is a Muppets film in every way, it is the first that doesn’t really revolve around them, instead the Muppets feel like part of an acting troupe. The screenplay remains very faithful to Dickens’ novella and doesn’t feel the need to unnecessarily create additional scenes to give the more popular members of the ensemble more to do.

Miss Piggy plays a small but brilliant part of Emily Cratchit and really only has two major scenes which she steals of course. Fozzie of course plays Fozziwig (Fezziwig in the original text) a relatively minor role. Kermit takes on the crucial part of Scrooge’s clerk Bob Cratchit whose future would be destroyed if Scrooge continued his miserly ways. The most prominent Muppets are Gonzo as Charles Dickens, who acts as a narrator spouting lines from the book verbatim, but undermined by Rizzo the Rat to make sure things don’t become too cultured.

There are some Muppets missing from the expected line up with Scooter absent following the death of his original performer Richard Hunt. One of Jim Henson’s earliest Muppets, Rowlf appears playing the piano but remains silent out of deference to his creator.

While there was sadness at the loss of old friends, this film proved that the Muppets could survive without their original performers and could bring a new lease of life to old stories.

The Muppet Christmas Carol is a modern classic. It manages to contain all the Muppet madness and marry it with sincerity, pathos and even a little sadness, which is just what Jim Henson would have wanted. It will be played every festive period for years to come and just like the story that inspired it, shall remain timeless.