Do you like horror movies featuring TV science-fiction stars? Well then Oculus starring Karen Gillan and Katee Sackhoff is definitely the film for you. The poster looks suitably scary with the eye hand motif and the trailer features a little girl sounding creepy which isn’t at all cliched. The selling point for fans of jump scares is that this comes from the producer of Paranormal Activity and Insidious but unless my eyes deceive me, it appears to be coming from WWE Studios. Apparently that’s a thing now.

Oculus is directed by Mike Flanagan, based on his own short film from 2005 and is set to be released in the US on 11 April 2013. 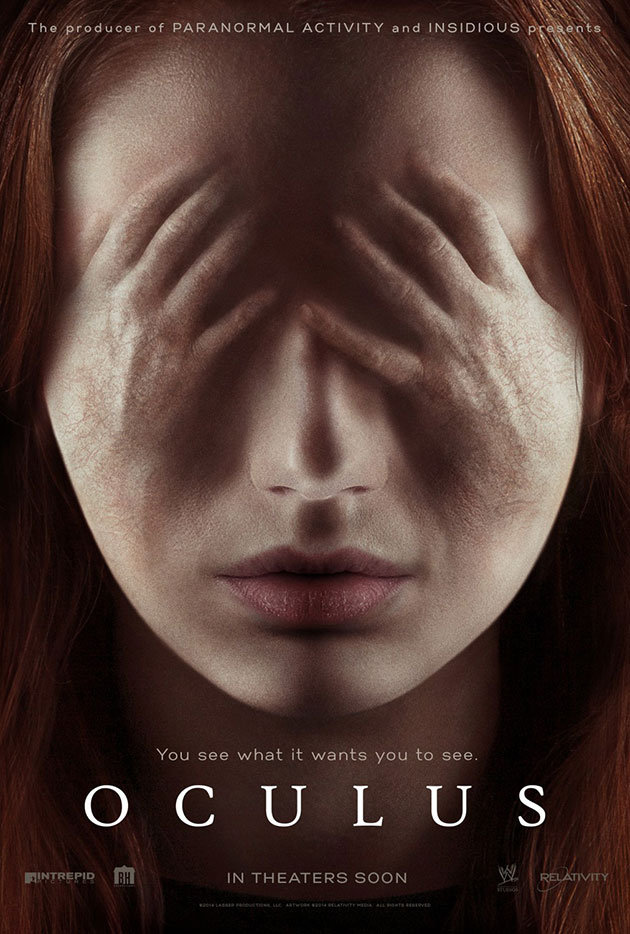 Here’s a pretty poster for Guardians of the Galaxy

Is this Marvel’s best ever poster? You’d think they’d be good at the art part

The world didn’t really need a sequel to Finding Nemo but with two original offerings from Pixar in 2016, with the outstanding Inside Out and promising The Good Dinosaur coming soon