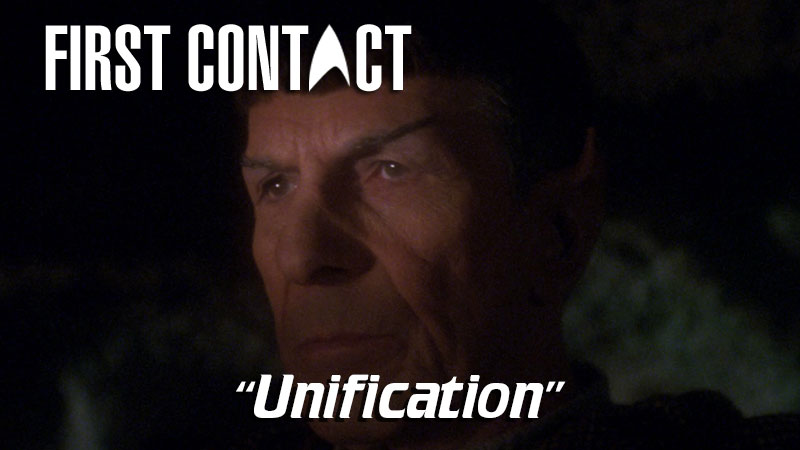 Ambassador Spock is missing and it seems he’s gone to Romulus. Could it be that this living legend has betrayed the Federation? Well, we’re going to tease it out for a very long time because Leonard Nimoy doesn’t come cheap but Mark Lenard was also available to play Sarek for a scene to make it feel a bit more like a big crossover event. Data and Picard head to Romulus to investigate while Riker gets involved in a B-plot involving stolen ships. It seems that Spock has found an underground movement on Romulus who hope to reuinfy the two peoples and build a shared culture. But it seems there’s a dark plan at work, led by Sela, to try and invade Vulcan and a plan that doesn’t completely make sense. The two generations work together to attempt to save the day and ensure the safe future of the Federation.

Q arrives on the Enterprise and asks to join the crew. After Picard rejects his request, Q sends the ship 7,000 light years away where they encounter the Borg…