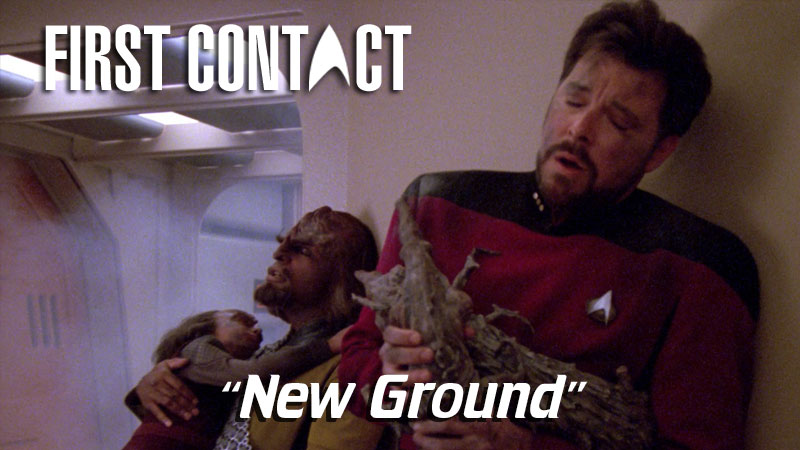 The Enterprise is helping a scientist with a new form of propulsion, a soliton wave, which offers warp travel without a drive. For this first dangerous test of this experimental technology, they decide to fire it straight at another populated planet. Meanwhile, Worf’s mother turns up with Alexander and buggers off as swiftly as she can, leaving the Klingon working out what it means to be a father. Turns out Alexander is difficult, disruptive and a liar which is odd considering his mother was murdered and his father sent him away instantly. Worf decides to send him away to a Klingon school. But can they resolve their differences and somehow tie into the science plot before the episode is done?

Andrew, James and Alex discuss the first season finale of Star Trek: The Next Generation