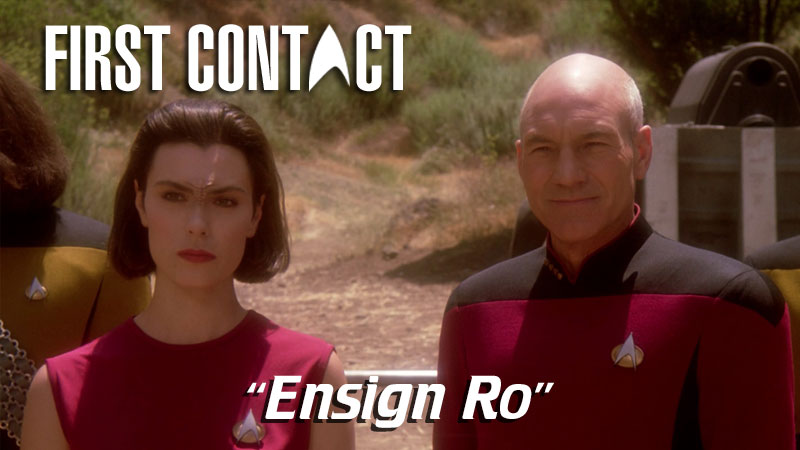 Following a terrorist attack on a Federation outpost near the Cardassian Empire, Ensign Ro, a Bajoran with a bad reputation, is assigned to the Enterprise. While the crew are reluctant to work with someone who got other officers killed, her information proves valuable, and Guinan decides to become her friend. While it appears the Bajorans are behind the attacks, it soon becomes clear that they don’t have the resources and Ro is a pawn in the middle of a game being played between the Cardassians and this week’s Badmiral. With all revealed, Picard mentions Wesley’s chair is still empty if she’d like to stay on board.

Remember Barclay? He was more entertaining than most of the series regulars so when you come up with a good story, you might as well give it to him.

In a metaphor for the BBC in the 1970s one of the senior crew starts using the radio to start talking to an inappropriately young girl, and forms a special bond.