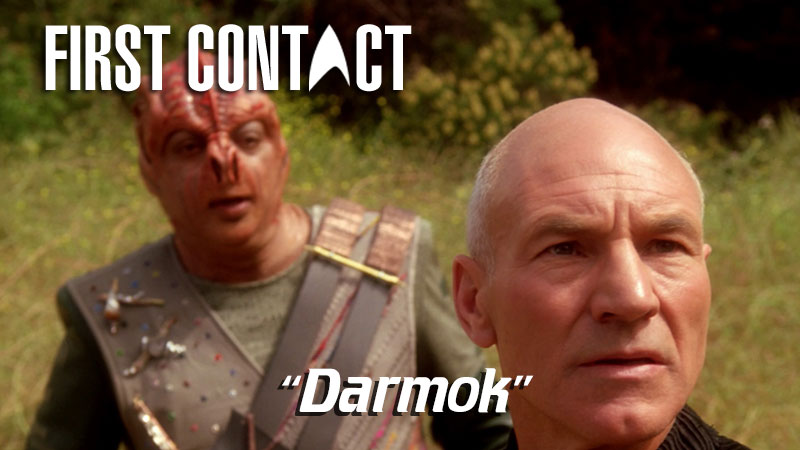 The Enterprise is on a mission to begin a new relationship with the Tamarians, a race who have been in contact with the Federation but have up until now, not been understood. The trend continues with Picard unable to establish a meaningful dialogue. The Tamarian Captain Dathon beams himself and Picard down the planet, offering Picard a knife. Picard refuses to fight but it is clear that is not the intention. While the Enterprise crew attempt to rescue their Captain, the Tamarians are more than a match for them as they aim not to escalate to a battle. Picard begins to understand Dathon, his species talks in metaphors, every situation references a story from their past. In their history Darmok and Jalad bonded over fighting a beast at Tanagra and Dathon has placed Picard in the same situation. When the captain finally understands, it’s almost too late as the beast fatally wounds Dathon. But on returning to the ship, Picard is able to use their form of language and begin communications.

Listen to the previous episode ‘You Must Remember This: Season 4’ here.

Remember that really fun episode when Riker was the first officer on the Klingon ship? Well this is the opposite of that.

By Geordi is on his way to Risa on a shuttle when he’s suddenly attacked by Romulans, which came as a great relief to the computer as Geordi was just getting started on his seduction