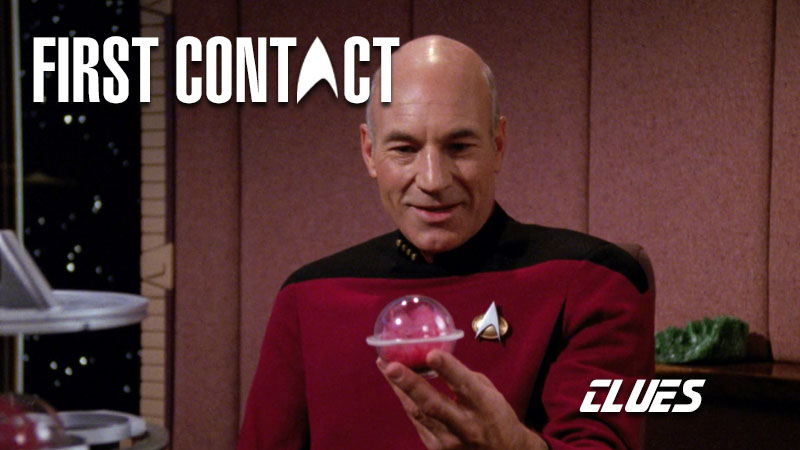 The Enterprise gets pulled into a wormhole while investigating an unusual M-Class planet and he crew are all knocked unconscious. Data informs them that they were only out for 30 seconds but some things don’t add up – the  planet has disappeared, Doctor Crusher’s moss samples have grown and Worf has a broken wrist but no memory of breaking it. Picard suspects Data isn’t telling the truth about the incident as he appears to be blocking the investigation at every turn. Could it be that they were out cold for longer and Data is under some alien influence? Or did the writers just watch Red Dwarf’s Thanks for the Memory and figured that would do?

Listen to the previous episode ‘Devil’s Due’ here.

While the Enterprise tries to save a planet suffering from an environmental disaster, a historian, apparently from the future, arrives on the Enterprise to observe the events.

We’ve been watching season 4 of Star Trek: The Next Generation for three years now as we cover it for this podcast…