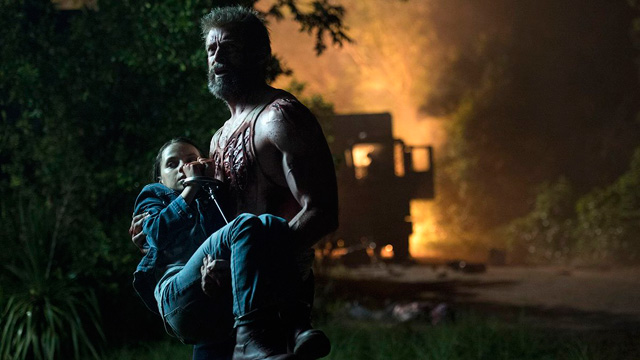 Logan is being billed as the final part in the Wolverine trilogy, the end of an era for the original X-Men movie cast and Hugh Jackman’s final performance as the character. As such, that’s given creator James Mangold a certain amount of freedom not generally seen in modern day comic book movies.

There’s no such thing as continuity

Calling the three solo Wolverine movies a trilogy would be a little too generous. They’re each so tonally and aesthetically different, that there’s not much to connect them, other than the presence of Hugh Jackman in the title role. Elements introduced in the last film, like Logan having the adamantium removed from his body, are completely ignored here and instead the presence of this substance is key to the plot. That’s not to mention the whole timeline reset that happened in Days of Future Past. Anyone who has followed the X-Men films with any level of interest will understand that continuity has never been a concern.

This film addresses that in some ways with the presence of X-Men comics as fictional takes on the lives of real mutants. This is the real version of that world, and it’s colder, harder and darker than anything we’ve seen before. And guess what? When the film doesn’t spend half its time setting up future events, settings and including winks-to-camera cameos and instead focuses on telling a simple story well, it makes for a far more satisfying and cinematic experience.

So what’s it all about?

It’s 2029 and mutants are all but gone.  Logan/Wolverine/James Howlett is in hiding, his self-repairing body is finally dying working  due to the effects of the Weapon-X program. By night he works as a chauffeur and by day he cares for Charles Xavier, now suffering the effects of old age and the dementia that comes with it. Along with Caliban, they have an unusual but dynamically recognisable domestic setup. That is until a new mutant appears, a girl named Laura with abilities similar to Logan’s, and he must decide if he will protect her or give her up to the corporation that created her. And run road movie.

The film feels real – the violence is graphic and deeply unpleasant. The camera doesn’t shy away as people are stabbed, shot or (mostly) impaled. From the very first scene, punches cause real pain and have lasting consequences and while there’s a certain pulpy joy in some of these scenes, mostly it’s pretty gruelling to watch.

This new realist aesthetic applies to the themes and emotional core. It’s a film that’s about parenthood, family, ageing and regret. The dynamic between Charles and Logan feels authentic and even uncomfortable at times. Patrick Stewart gives it everything, perfectly articulating his confusion, guilt, intelligence and even hope. Hugh Jackman similarly shows his range as the old man who’s seen too much, felt too much but is still trying to do the right thing for his loved ones. Newcomer Dafne Keen brings a tremendous intensity to her role as Laura and never feels out of place alongside the more experienced actors.

So what else is good?

The simple set up and personal stakes are so much more meaningful than the threatened destruction of a planet. This makes the peril all the more real and James Mangold brings a foreboding intensity throughout. The camera remains still and the editing never cuts away from the more brutal elements.

Although this is the first X-Men sequel to actually pin down a date, there’s a timeless quality about proceedings. The world building is fairly minimal but clever although the easy brutality of it seems like a fairly decent extrapolation of today’s political climate. There’s none of the cool technology that you’d expect to see in a future-set film, which of course makes sense given the the Western is clearly a touchstone.

It’s also funny at times, but never to undercut the emotional truth of each moment. There’s an absolute joy in seeing Professor X speaking his mind explicitly and Caliban playing stay-at-home partner to Logan’s breadwinner. In that role, Stephen Merchant is a revelation, nicely playing up the vulnerability.

It’s also incredibly bleak at times, which is refreshing in a comic book adaptation. This isn’t a darkness aesthetic that has plagued the recent DC films, but emotional turmoil arising from characters and situations. It helps that we’ve known these actors in these roles for almost 20 years, so to see them this way packs a bit of punch.

So what isn’t great?

This is a cine-literate film and you’ll see much of what you’ve loved before. It’ll remind you of Terminator 2, or The Road Warrior and a fair few Sam Peckinpah films. However, there is one sequence that waves this in front of the camera so much that you might want to reach into the screen and grab a remote.

Also, with the realist aesthetic, when the more outlandish science and comic book elements kick in, it all feels a little hokey, like a film battling its origins. One sequence of expositional footage looks like it was shot on an 80s camcorder, which doesn’t make sense even in context and it really jars. Perhaps the defining feature of the hoke is villain Richard E Grant as Zander Rice, in what feels like a thinly drawn typically evil English bastard.

There also seems to be a whole lot of people staying in places a little bit too long just so that the bad guys have the opportunity to catch them. That’s perhaps the nature of the genre but slightly sharper scripting might have resolved this.

If you want to be super critical, the visual metaphors are a little on the nose at times but that seems slightly churlish given it’s a film based on a visual medium.

Logan is different and in a time when many genre movies feel incredibly homogenised, this should be celebrated. It stays true to the character and proves to be a brilliant swansong for Jackman. It’s brutal, relentless and at times breathtaking. It’s a very good film, and in time it might just turn out to be a great one.

It’s probably best not to think of the X-Men films in any kind of continuity, otherwise you’ll give yourself a nasty headache…

There’s lots of interesting stuff in the new Logan trailer, even it is isn’t quite as effective as the Johnny Cash scored first.