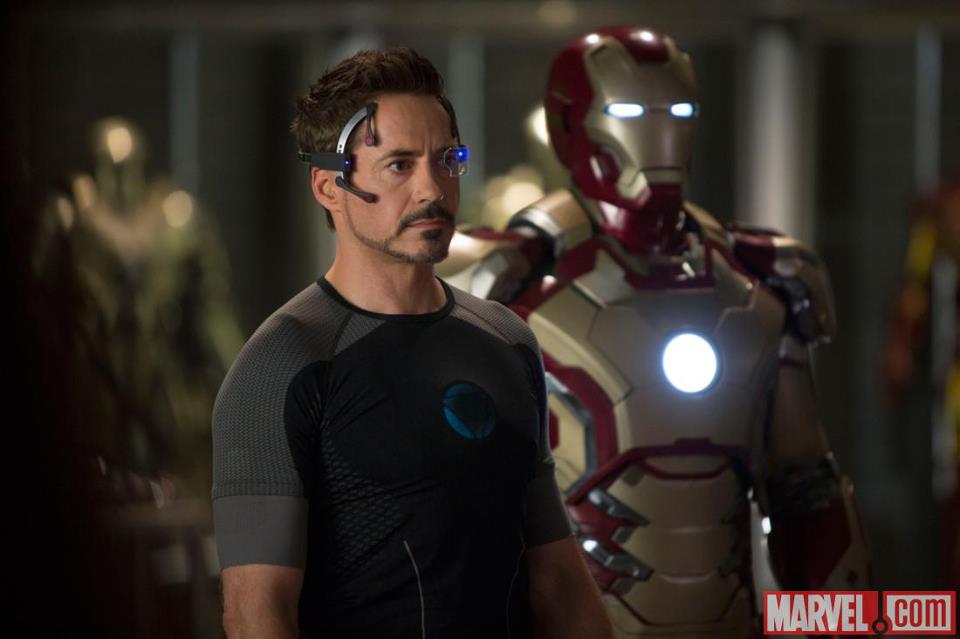 How could Marvel possibly follow The Avengers? At the time it seemed that Joss Whedon had created the ultimate superhero movie. It turns out you follow with a smart, confident character study involving convincing villain, a science fiction mystery and excellent action set pieces.  It is arguably the strongest of the Iron Man series so far.

Following the events of The Avengers, Tony Stark has a new level of fame with children asking him about aliens and wormholes. While he may appear to have the same cocky bravado, Tony has been haunted by the events in New York and everything he can’t understand. He has become an insomniac, spending all his time making new Iron Man suits to try and protect his world. It’s a clever way to acknowledge how much this world has changed since Iron Man launched the Marvel Cinematic Universe back in 2008 and up to this point, they’ve organically incorporated Gods and aliens, but with the massive changes to the world it’s easy to see why the very mention of a wormhole gives Stark an anxiety attack.

However despite the consequences, the team of super friends is nowhere to be seen. While the other films were laying the groundwork for the Avengers future, this is a standalone Iron Man movie, with Tony Stark at front and centre working through his demons.

While many of these demons are psychological, others involve Tony’s past coming back to haunt him. The opening scene set in Switzerland in 1999 shows the hedonistic Stark meeting brilliant and beautiful scientist Maya Hansen (Rebecca Hall) working on Extremis, a genetic experiment that will allow cells to regenerate. They are both approached by Think Tank operator Aldrich Killian (Guy Pearce) whom Stark cruelly dismisses, an action that will come back to haunt him.

Back in the present America’s ideology is being threatened by a fanatical terrorist known only as the Mandarin, whose attack injures Stark Industries head of security, Happy Hogan. This leads Tony to propose revenge to the media, giving away his address and telling the Mandarin to come find him. An invitation he accepts destroying his home and all but one of his Iron Man suits leaving the world believing Tony Stark is dead.

That downtime takes him to a small town in Tennessee to investigate some earlier and seemingly unrelated where his suit finally runs out of power, leaving Stark alone, playing detective, with only his wits and the help of a small boy to survive. This particular relationship could have descended into sentimental schmaltz under another director or performer but Stark treats the child with the exact level of respect he gives everyone.

Despite coming into an established franchise, director Shane Black’s fingerprints are all over this movie. Better known as a screenwriter, this is Shane Black’s second time in the director’s chair following Kiss Kiss Bang Bang in 2005 but there are already some hallmarks. His previous film also starred Robert Downey Jr, and his opening noir style time-jumping narration could easily be from a Kiss Kiss sequel. Elsewhere he handles the complicated action set-pieces with style and unlike many blockbuster directors, you always have a clear idea what’s happening within the action. Downey is always fantastic as Stark but Black seems to bring out the best in him and the other actors in this film.

Guy Pearce plays the kind of motivated slick villain that’s been lacking in other Iron Man films up to this point. Ben Kingsley’s take on the Mandarin is an absolute joy and any concerns that might have existed about racial stereotyping are put to rest in a typically postmodern Shane Black style.

All the Iron Man regulars are back in place too.  Former director Jon Favreau returns as Happy Hogan is more than his usual comic relief. Don Cheadle is back in his conscientious take as Rhodey and playing an integral part with the War Machine given a paintjob to become Iron Patriot becoming the President’s personal terrorist hunter andbodyguard. There’s an expanded role for Gwyneth Paltrow’s Pepper Potts which manages to avoid her being the helpless girlfriend and subverts the traditional damsel in distress routine

The stripped down scenario reminds us exactly how Iron Man came to be in the first place, desperation in those caves in Afghanistan inspired him to invent the Iron Man armour. Even without the suit he’s an innovator, and a thinker, able to MacGyver his way around almost every situation. That doesn’t mean he’s invulnerable. The film has a clear character arc, about Stark finding his identity in a post-Avengers world.

This is one of the busiest summers of superhero movies and the bar has been set extremely high. It’s unlikely anything will be able to match the pace, acting, story, direction and special effects. Shane Black has surpassed almost everything Marvel movie made so far.

This was the final movie on Robert Downey Jr’s Marvel super contract and should this be the final Iron Man solo outing it would prove to be a fitting end. The final act is a superbly directed piece of comic book action as well as packing a emotional punch. The story that began in Iron Man, is completed here leaving Tony Stark a man transformed. Even without the suit, he IS Iron Man.

We have the first trailer for Ender’s Game, based on the 1985 novel by Orson Scott Card