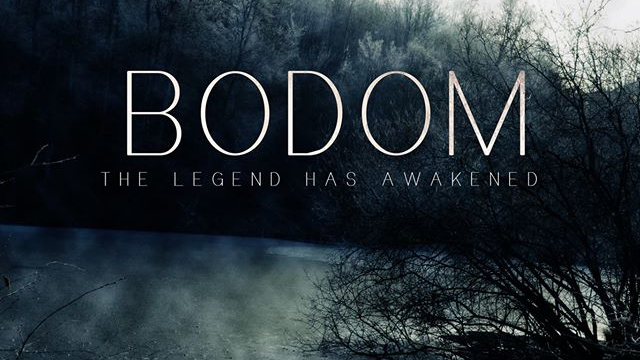 Bodom is a spooky Hungarian found footage film from directors József Gallai and Gergő Elekes. Metal fans will recognize the name as referring back to the unsolved Finnish Lake Bodom murders, where the band Children of Bodom takes its name. This film, however, takes the well-known mystery in a somewhat different direction from all the true crime speculation.

The film has a Blair Witch-style setup, similarly based around the conceit of a few students chasing a backwoods local legend. In this case, it’s Annikki, a Finnish grad student on the lookout for a whiz-bang documentary subject, and Pietari, fellow film student who’s really just along for Annikki. From the time they get off the plane, it’s a slow and steady slide into mystery and bleak-landscaped madness.

The length of the movie (at about an hour) does mean that there’s not time to properly explore the scares. An extra 10 minutes would have served the story well, as well as tightening up some of the longer stretches of conversation, particularly the sequence in the car. However, while there aren’t any hardcore scares per se (and actually, a bit of the makeup work at the end might have worked better with shorter shots or different angles), the film does feature a ratcheting sense of tension and unease between the two main characters that kept my interest throughout the long build-up. It takes its time slowly unpacking our intrepid duo and their highly divergent motivations, which is helped by the fact that the narrative focus is kept pretty tight on the two main characters throughout.

Unfortunately, I can’t talk so much about flow of dialogue thanks to not being familiar with the cadence of Hungarian, but there’s still plenty to talk about with regards to camerawork. I tend to think found footage is overdone at the moment, though I definitely understand that it’s a decent tactic for keeping costs down on indie productions. In this case, a few metatextual asides are made explaining why the camera is still rolling at certain points, but that almost makes you question the camera’s presence even more. It’s an unavoidable kink of the genre. One neat thing about the camera work though, is actually in the documentary pieces that bookend the found footage. The shots are designed uncannily similar to what you’d expect to find in an authentic BBC television documentary. It’s a nice touch, and helps break up the found footage sequences.

And perhaps because of the running time, this isn’t a film that will hold your hand with regards to the plot. I enjoyed picking out bits about the characters and backstory, but it’s definitely not set up as a scare-a-minute production. Keep that in mind going in.

Ultimately due to constraints, the film is at its best as a mystery, or a psychological piece. While the “horror” element ends up being a bit rushed, the tension between the two main characters is well done, especially with how carefully and considered that portion of the story unfolds.

Bodom is available now On Demand from Continuum Motion Pictures