The Fate of the Furious sounds rather like the title of the final film in the series doesn’t it? It isn’t. The current cast are apparently locked in for 10 before the car/crime/caper/spy franchise goes off in a new direction. It’s more likely that someone in the marketing department realised that #F8 sounds like “fate” and decided to run with it.

This is the first film (barring Tokyo Drift) not to feature franchise co-leading man Paul Walker following his tragic death in a car accident in 2013. Although he was digitally resurrected for much of Furious 7, his character Brian O’Conner was retired in a touching sequence in the conclusion of that film.

So what next for the Ride or Die family? Well it seems it will have something to do with the mysterious super spy Mr Nobody introduced in the previous instalment. Has Dom really gone to the dark side? Is he brain washed? Is he working so deep undercover that he can’t tell anyone? Jason Statham’s Luke Shaw might even get out of jail to help the gang, before very possibly betraying them. Who knows what side anyone is on? 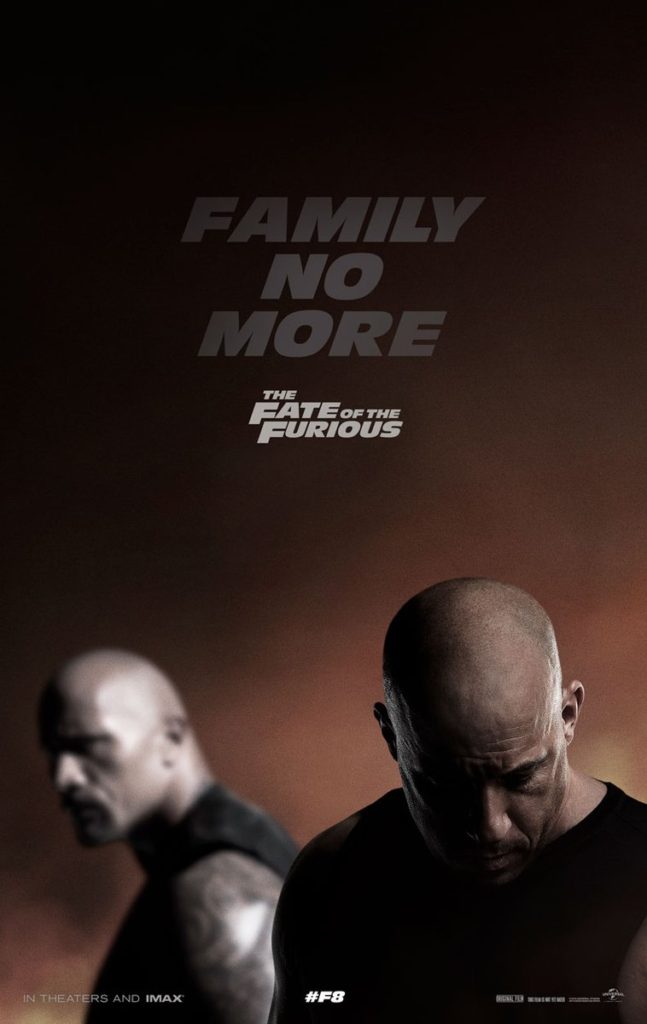 The Fate of the Furious arrives in theatres 14 April 2017

The Fate of the Furious: Trailer 2 arrives

The Fate of the Furious, also known as Fast & Furious 8, arrives in cinemas 12 April 2017 and there’s been a radical change in the format…