Here’s a new look at what appears to be the new Batman film starring Ben Affleck . Henry Cavill can probably feel a little hard done by since it was his character that launched this new Super-Franchise but the people have always loved Batman and Zack Snyder will not hesitate to give them what they want. It’s all very dark, except that one weird shot with Amy Adams in the bath and we’re betting that come from early in the film. Gal Gadot looks like she could steal the show as Wonder Woman and Jesse Eisenberg might just consume huge sections of scenery as Lex Luthor. This trailer is all about the beats of action which makes a nice change from actually giving things away, but expect a similar style when the film comes along and loads of gorgeous slow motion.

There’s an impressive supporting cast to add some depth to proceedings with Holly Hunter, Jeremy Irons, Jeffrey Dean Morgan and Lauren Cohan all putting in appearances.

There’s a new IMAX poster too. These should really be made in the correct aspect ratio. 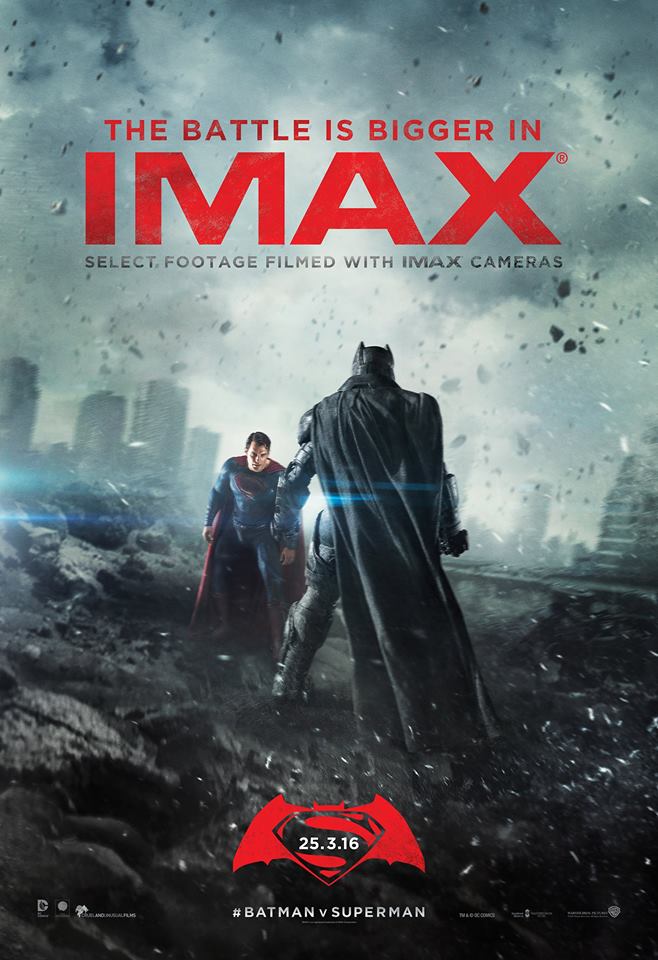 Batman v Superman: Dawn of Justice arrive on a screen near you on 25 March 2016