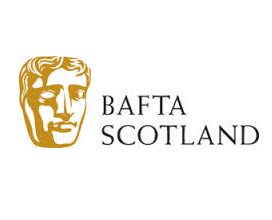 Here at the Spoilist we love to support Scottish talent so we are delighted to share the news that the British Academy Scotland are calling for entries for the New Talent Awards 2014.

The British Academy of Film and Television Arts (BAFTA) Scotland has announced that it is once again searching for the best new talent in the country as it announces the launch of its call for entries for The British Academy Scotland New Talent Awards.

Students and emerging professionals in the moving image industry are invited to submit films, documentaries, animation, original music, entertainment programmes and games works for consideration. Entries should be submitted by Monday 13 January 2014.

The annual awards ceremony recognises, inspires and celebrates emerging practitioners from all over the country and gives up-and-coming screen industry talent an all-important platform to showcase their work to the wider industry.

Last year, Daniel Kerr became the youngest ever New Talent winner, taking home the Acting Performance award for his portrayal of a young Paul Ferris in ‘The Wee Man’. Garry Fraser won the Factual category for his documentary ‘Everybody’s Child’, and Animation winner ‘Hannah and the Moon’ was awarded the prestigious Best New Work award.

Jude MacLaverty, Director, BAFTA Scotland said: “BAFTA Scotland is dedicated to nurturing the incredible amount of emerging talent here in Scotland and we are very excited to be launching the New Talent Awards. This year we have added a new category; Production Designer, which along with Sound Design and Entertainment introduced for our 2013 awards, now takes categories in competition to twelve.

“Last year we had a fantastic response, the quality and diversity of entries continues to impress us and we are looking forward to seeing what the 2014 awards will unveil.”

To enter visit http://entry.bafta.org and fill out the form by Monday 13 January 2014 at 5pm

It’s the first trailer for Godzilla

What’s that coming over the hill?

First trailer for the Robocop reboot

It’s the film no one’s been waiting for

The annual awards ceremony recognises, inspires and celebrates emerging practitioners from all over Scotland