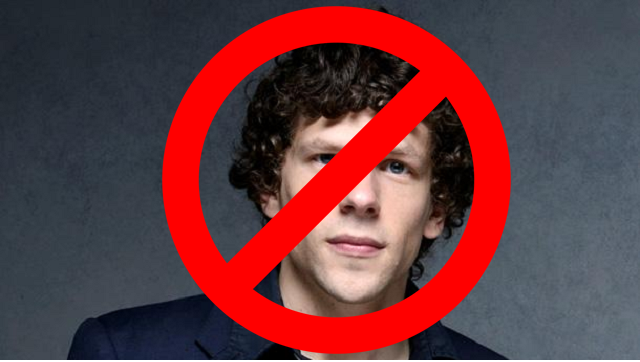 There’s a bias and discrimination in Hollywood that is so subtle, yet so insidious, that it’s rarely spoken about. No, I’m not talking about rampant gender inequality or racism (although these are admirable causes), I’m talking about something far more significant and far more vindictive. Hollywood’s absolute hatred of film critics.

Acclaimed actor and arrogant little snot Jesse Eisenberg is the latest in a long line of Hollywood elite to go public with his no-longer-thinly-veiled contempt for critics in a piece that was so bile-filled, so contemptuous it took ever fibre of my being not to respond.

Having seen how this piece has offended and upset some of my colleagues, I’m here today to draw a line in the sand, and say “Enough is ENOUGH!”.

We don’t need you, Hollywood. You need us. Yet we’ve been the butt of your jokes for far too often.

Whether it’s the overweight pompous film critic Jay Sherman in The Critic (maybe I should write a cartoon about a semi-famous shitheel actor… I could call it ‘The Shitheel’), the not-so-subtle digs at Siskel & Ebert in the Emmerich/Devlin Godzilla remake or the drunk-with-power theatre critic in Birdman, we’ve been portrayed as self-important assholes for far too long.

It’s time for this to change.

That’s why I’m calling on all my fellow critics to rally against the Eisenbergs of this world and fight back. The same way we’d decry Alex Proyas and his all-white Gods of Egypt cast for whitewashing history. The same way we’d take Michael Bay to task for his treatment of women. It’s time we pan every single movie that treats our critical fraternity (I was so incensed by Eisenberg, I didn’t even have time to look up a non-gender-specific term on Google – that’s how upset I am) with disdain. It’s time we tell both Hollywood and moviegoers alike: “Actually, critics are not like that at all. We’re human beings too.”

It’s time we stand together, and stand strong. United, we can overcome this terrible social injustice Hollywood is wreaking upon us.

We use cookies to ensure that we give you the best experience on our website. If you continue to use this site we will assume that you are happy with it.Ok