We got our first look at the second adventure for Alice during the Superbowl and now this extended TV spot has been released along with an exciting poster. It’s been six years since Tim Burton made his version of Alice in Wonderland, kicking off the trend for remaking Walt Disney Classic Animations as live action films. Despite a lukewarm response from critics, that movie made an insane amount of money, so a sequel seemed inevitable especially given the existence of a follow-up novel. Burton declined to return to direct with James Bobin (The Muppets) taking his chair. The main cast are all back though including Mia Wasikowska as Alice, Johnny Depp as the Mad Hatter, Helena Bonham Carter as the Red Queen, Anne Hathaway as the White Queen and most notably Alan Rickman as the Blue Caterpillar in one of his final screen roles. 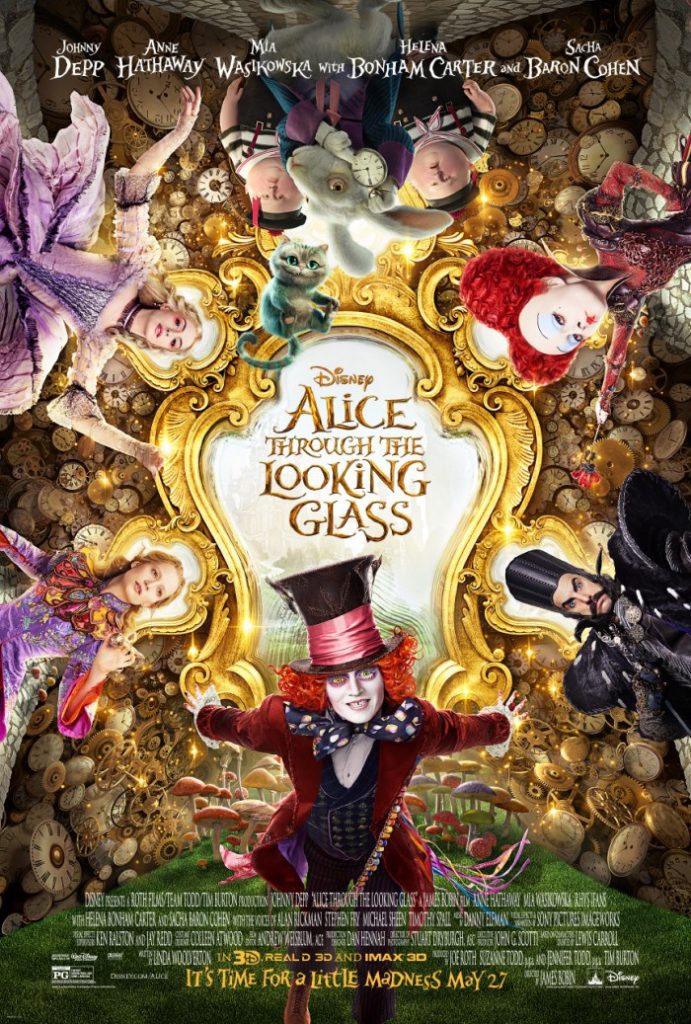