Aladdin is the latest Disney animated classic to be getting the live action treatment. This one appears to be following the same slavish recreation formula that powered Beauty and the Beast over $1 billion. There’s nothing new here. It’s just a checklist of the icons from the original Aladdin. It’s Agrabah with Iago flying over the skyline. The Sultan’s palace. The cave of wonder. Jafar. The diamond in the rough. An overture of Arabian Nights and Friend Like Me. Aladdin reaching for the lamp. Also, it’s all animated.

This is a live action film but every shot bar the one of our leading man reaching for the lamp appears to be completely made in a computer. Hopefully there will be lots of lovely sets and location when Guy Ritchie’s take (yes, really) on the classic tale arrives in cinemas next summer.

Stepping into the impossible-to-fill shoes of Robin Williams as the Genie is Will Smith with Mena Massoud starring as Aladdin, Naomi Scott as Jasmine, Marwan Kenzari as Jafar, and Navid Negahban as the Sultan.

Aladdin arrives in theatres on 24 May 2019, just a couple of months after Tim Burton’s take on Dumbo. What a time for Disney to blow their entire back catalogue over the space of a couple of years. 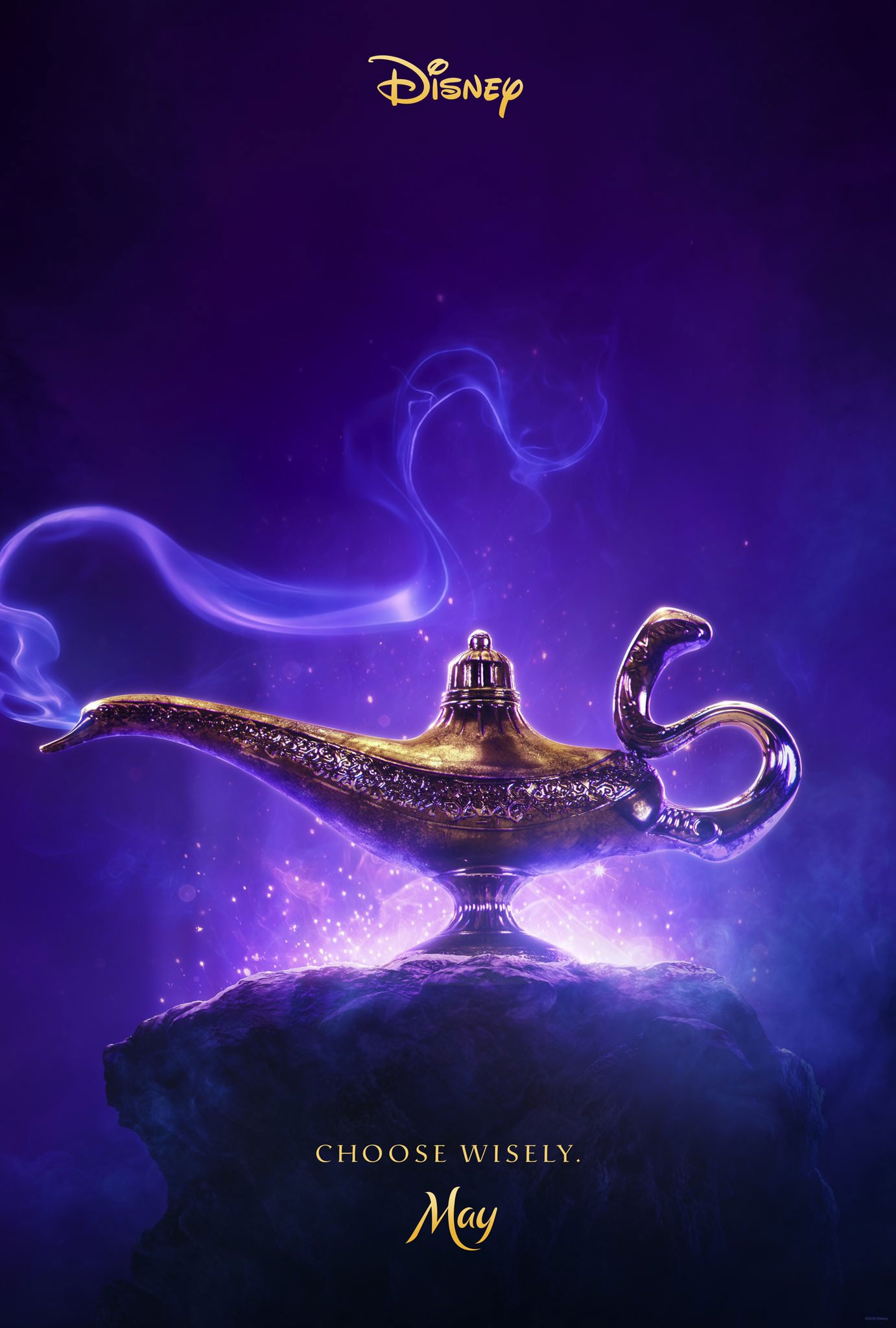