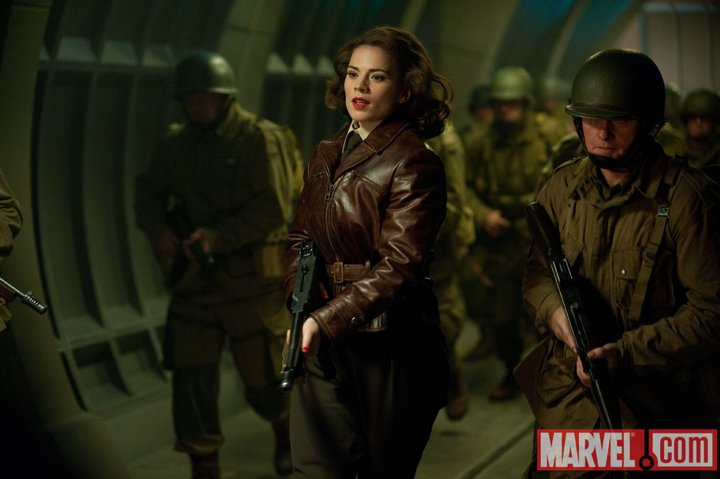 While DC have once again failed to get a Wonder Woman show off the ground, Marvel and ABC are pushing forward with their own female-led show – Agent Carter.

Hayley Atwell portrayed Captain America’s unrequited love in 2011’s Captain America: The First Avenger with her performance impressive enough to warrant a one-shot short film directed by Louis D’Esposito on the Iron Man 3 blu ray. That concept is now being developed into a full blown series with the writing duo Tara Butters and Michele Fazekas drafted to develop the project.

Despite the general apathy but steady rating towards their first foray into television with Agents of SHIELD, Marvel seem intent on dominating the small screen as well as the large. The Disney-owned company recently announced that it would be launching a four limited run series on Netflix featuring lesser known characters. Daredevil, Iron Fist, Luke Cage and Jessica Jones.

Marvel are rather good at keeping secrets but expect an official announcement if the development phase is a success. If it’s not then this never happened so just walk away.

When Kevin Feige unveiling all the Marvel films in late October, you were probably thinking “Gee, I sure would like to print out that timeline and put it on my wall.”

The Avengers: An American take on a British classic

Despite the unsuccessful and unsatisfying cinematic take on The Avengers in 1998, it seemed Hollywood was too in love with the concept of 1961 British spy series to leave it there.