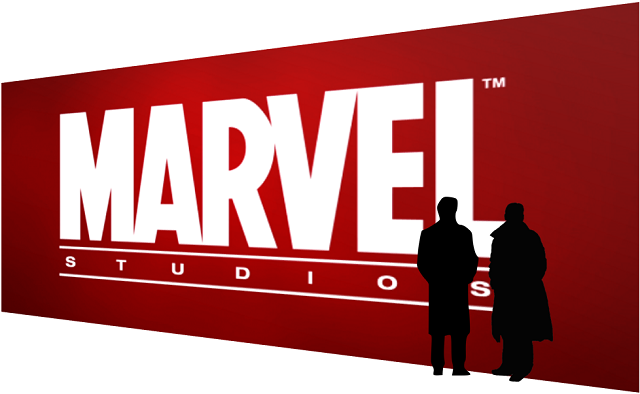 It was the week before Batman vs Superman was open, and he was sweating. A lot.

The last time I saw another man sweat that much was when Downey Jr. was waiting for the urinalysis results that would give him the all clear to play Iron Man*.

“The mouse is nervous, Joe,” he said.

“Sure, we made a shit ton of money with The Avengers, Phase One and Phase Two. But what if DC has got us beat this time?”

For a second, I toyed with pointing out he didn’t mention Age of Ultron. But I decided against it – he was nervous enough as it was, and Ultron was still a sore point.

“You’re making me tense just looking at you.

“Everything is gonna be fine.

“In another few days, Mickey’ll be so happy, he’d swear he was swimming in Camembert.”

Before I go on, I should probably introduce myself. You can call me Joe.

Publicly, I’m known as one of the world’s most respected and influential film critics.

But, as a wise man once said, it’s best to have your many different fingers in many different pies. That’s why I’m what’s known in the industry as a “fixer”.

Got a steaming turd of the movie you need to succeed? I’m your man. Worried a rival movie will steal your thunder? I can wreck that shit for you. I don’t mean to brag, but Michael Bay’s has me on speed dial ever since I helped Armageddon knock the stuffing out of Deep Impact.

Anyway, for years now I’ve been making a decent living trouble-shooting for Kevin Feige and the Marvel crew. But lately, I started to think there were more ways to make money. DC had The Mouse and Feige nervous, and a rival film could help me by that villa in Tuscany that I had my eye on.

While my clients felt our business transactions were like a monogamous relationship, I always viewed them more like an open marriage. And now was the time to see what the other side could offer. After all, I had no way of knowing who was going to win this cinematic battle of the titans. So it made sense to keep my options open.

“But this is DCs most recognisable superhero properties,” Feige continued, with his nasal whine.

“It’s like their answer to The Avengers… except their guys can brood! They can brood, Joe!

“Our guys can’t brood. They’re too funny and adorable. Every time they try to brood, it just looks embarrassing.”

Feige sighed. For a second, I could’ve sworn a saw a teardrop.

Clearly the pressure was getting to Feige. Sure that was bad news for Kevin, but it was great news for me. My ship was coming in.

“Don’t stress, Kevin,” I said, putting on my most soothing voice.

“We’ve got it all under control.”

“But what if people start believing this DC fanboy person?” Feige asked, quivering with fear.

Feige grabbed me by my shirt collar.

I took his hands and removed them from my designer threads.

“Kevin, you know I love you,” I said, shifting from my soothing parent voice to stern teacher.

“But touch me again and Batman vs Superman will make so much money that it will make The Avengers look like The Golden Compass.

“Our critics are making sure no one takes DC fanboy seriously.

“Come opening night, every influential critic the world over will be lambasting ‘Batman vs Superman’.

“It’ll make Ben Affleck wish he was basking in the warm glow of Gigli.”

“But we need to sort out the next round of pay-offs.

“McWeeny wants a Winnebago, Faraci is after an extra private security detail and a better hairdresser and the people at Deadline want enough money to hire writers that can spell.”

Feige winced at that last one. That was the one that was really going to cost him.

He nodded to his henchman, who handed over a gym bag. I quickly checked – it was stuffed to the brim with thousand dollar notes.

“You’re a good man, Kevin,” I said, patting him on the shoulder.

“Come next weekend, all your troubles will be over.

“Once the bad reviews come in, I’ve lined up a few “journalists” to ask Cavill and Affleck about the shitty reviews.

“The memes will be going viral before opening weekend.”

“Now if you don’t mind, I have another appointment that I really must must get to.”

“Thanks Joe, we’d be dead in the water without you.”

Without me, Marvel would have been screwed.

Remember that whole collateral damage controversy over Man of Steel?

That would’ve been ‘The Avengers’ if I hadn’t convinced Joss to make sure you didn’t even see the slightest hint of innocent bystanders getting killed.

Remember when Jeremy Renner called the Black widow a slut?

I was the one who made that disappear.

And I could’ve helped break it just as easily.

But that would’ve been bad for business. After all, a fixer is only as good as the rivalry that he can profit from. And that’s where my next client came in.

I always hated having to meet Zack Snyder in person. It was always really uncomfortable.

“Dude,” he screamed excitedly as I walked through the door.

He ran up to me and hugged me like I was a long lost relative. I made a mental note to burn the clothes I was wearing and shower with heavy duty disinfectant when I got home.

Zack had obviously gone to great efforts to clean up before I got there.

I couldn’t see his copy of ‘Mein Kampf’ anywhere, although the autographed photo of Charlton Heston brandishing a shot gun still had pride of place above the giant flat screen TV attached to his wall.

“Zack,” I politely said while trying to remove myself from his embrace as quickly as possible.

“How are we looking?”

“We lookin’ good my man,” I said, giving him a high five.

“DC fanboy is making sure no one listens to the critics, and the Twitterverse is lapping it up.

“We’re talking up the new Affleck Batman movie, because let’s face it… no one gives a shit about Superman, do they?”

We both laughed and high-fived again.

“You the man, bro!” he screamed excitedly. Then he hugged me again. Christ, I hated dealing with this guy in person.

“Also,” I teased, using my most seductive voice, “we’re still working on Trump.

“If we play our cards right, he’ll be endorsing our film before opening night.”

It was my turn to give him the ‘aw, shucks’ look.

“But before I do… You got the stuff we talked about?”

Snyder nodded at his henchman who passed me a giant gym bag.

Again, it was stuffed with thousand dollar bills. Not bad for a day’s work.

“Enjoy yourself, bro,” I said.

“You’re about to have the most successful movie of all time.”

And with that I bid my leave from my other master.

Don’t judge my line of work. You may think I’m sleazy, duplicitous and gross… But at the end of the day it’s the audience that makes it all possible. Without them, neither Snyder nor Feige would have a pot to piss in. And while they do, I’m just looking to get what’s mine from the deal.

And at the end of the day, I didn’t actually do all that much.

I’ve never met Drew McWeeny in my life, and I can’t for the life of me explain why I thought he’d want a Winnebago.

Fact is, I’d seen an early cut of Batman vs Superman. It was terrible. I didn’t need to talk to any critics to know that they would hate it.

But, if it helped me get my villa in Tuscany, I’d quite happily make it look as though I did. The pay-offs from Feige and Snyder didn’t just get me my Tuscan villa, they paid for a special brand spanking new home theatre system and a room full of every Criterion, Shout Factory, Scream Factory and Arrow blu-ray ever made.

Because even though I may work for classless, tasteless monsters, that doesn’t mean I am one.

* He needn’t have worried. It wasn’t his urine being tested. But that’s another story.

Inspired by a conversation with Ryan Morrissey-Smith

Get to know the protagonist of Agents of SHIELD

Could Hayley Atwell’s Strategic Scientific Reserve Agent be coming to the small screen?