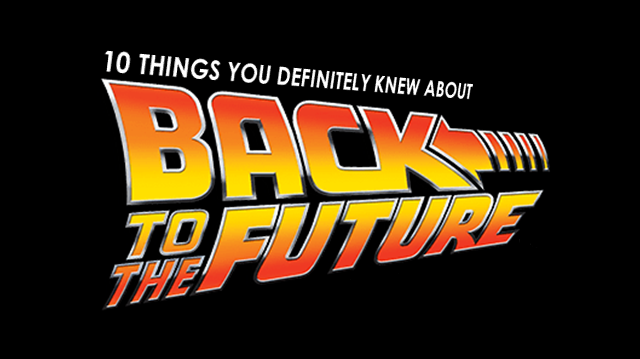 Back to the Future has turned 30 and through an unsettling number of rewatches and analysis , everyone knows everything about the film and have picked out every tiny nuance and smart reference that were in both the script and the production design. Really there’s absolutely no point in making any more of these lists but here’s a list of all the things that you already know because screw you guys. 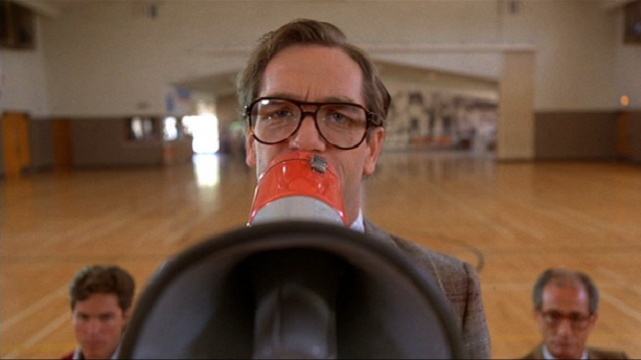 Marty McFly’s band The Pinheads auditioned for the battle of the bands in the gymnasium of Hill Valley High School. They played a rocky version of Huey Lewis and The News’ The Power of Love. But did you know that the judge who tells them to stop playing because they’re too loud is actually Huey Lewis himself? Of course you did. Huey Lewis was and remains one of the most famous faces on the planet. 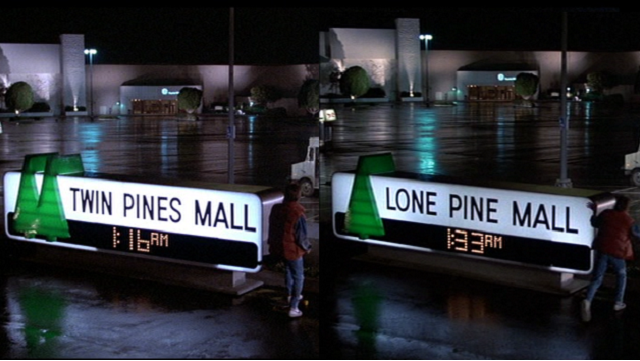 Remember when Marty goes to meet Doc when he’s first being shown the DeLorean and he visits the Twin Pines Mall? Then when he goes back in time he knocks down one of the two pines on the ranch. When he returns to 1985 at the end of the movie, it says the Lone Pine Mall. When you first noticed that, you thought that you were quite clever didn’t you? But that was over 20 years ago and no matter how many times you tell people about it parties, they still walk away from you muttering about you being a wanker.

Tab wasn’t even really around in 1985 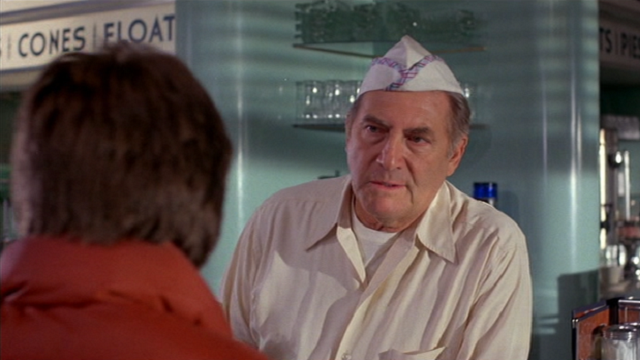 Ordering drinks in the past can be troublesome. There’s just so much room for misinterpretation. You see Pepsi Free does not mean Diet Pepsi, because that doesn’t exist in 1955. Also Tab doesn’t exist in 1955 and actually it didn’t exist in many places in 1985 with the low calorie cola having been phased out with the introduction of Diet Coke in 1982. Still it’s a good gag about setting up a tab so let’s roll with it. 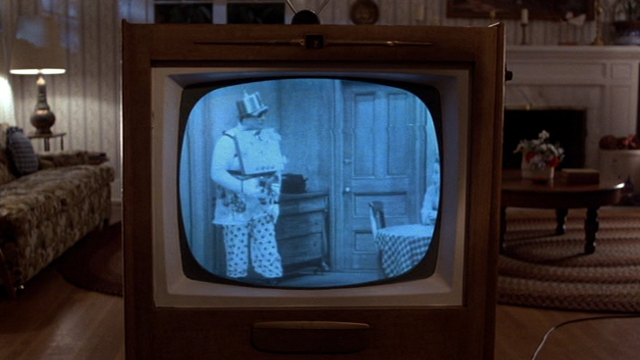 What better way to illustrate a culturally stagnating society than to show that the best television being shown in the 1980s is The Honeymooners? This ancient re-run is then shown for the first time in 1955 as Marty recuperates in the Baines household just as they get their first ever TV. It’s a neat way to show just how quickly the medium became a normalised part of society, being taken for granted within the later time period while it’s something exciting and brand new in 1955. The episode being shown is titled ‘The Man from Space’ and that makes sense because this is a science fiction film. IT’S FACTUALLY WRONG THOUGH BECAUSE THIS EPISODE DIDN’T UNTIL LATER THAT YEAR. GOD, EVERYTHING ELSE IN THE FILM IS PERFECT AND YOU GET THAT WRONG FOR A CHEAP REFERENCE! WHY DO YOU EVEN BOTHER ZEMECKIS? 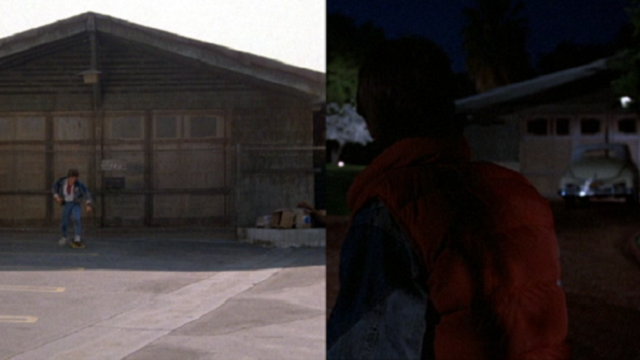 You know, there was a fire, probably for insurance money and Doc sold the estate. Then he lives in his garage and builds giant speakers to attract teenage boys with guitars. It also shows the deterioration of Hill Valley between the 1950s and 1980s. This isn’t even an interesting fact. What do you want from me? Why are you even still here? 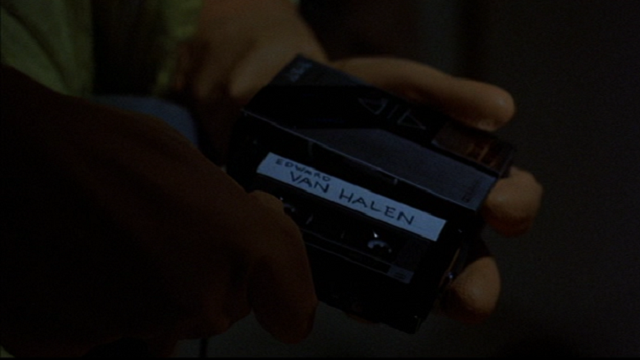 They couldn’t get clearance to use an actual Van Halen track so they got good old Eddie in to record some noise as he owed them a favour. Fun fact, in each country they used regionally appropriate music. In France George was a awoken by an accordion and in Germany it was an Oompah band. That last part may not be true but some of us have to hit a word count.

That film is a reference to a thing 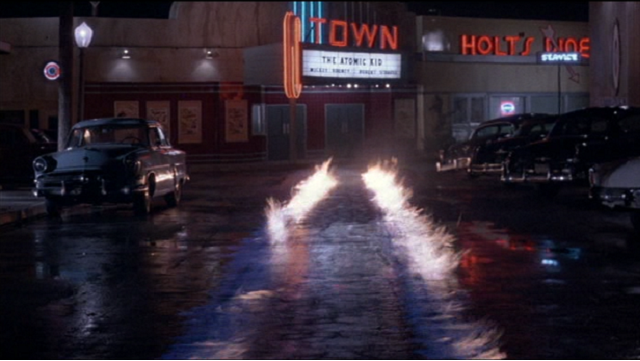 Look, the town theatre is playing The Atomic Kid starring Mickey Rooney. This is a remnant of an older draft where Marty harnessed the power of a nuclear bomb to get back but you know the whole radiation thing is still there in the script. It’s good to reference things. You should be happy that they care.

Look, the building is damaged this time 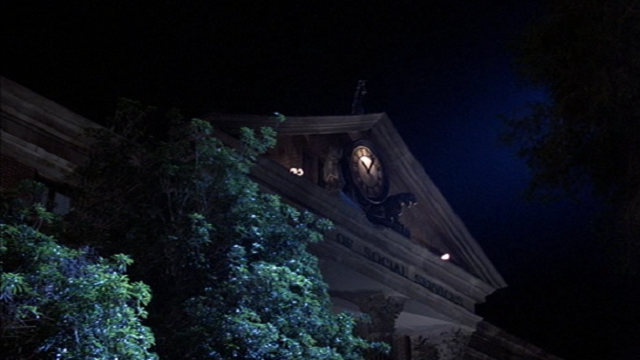 When Marty gets back to 1985, the clock tower ledge is damaged proving that time has changed and Doc really buggered it up when hooking the cable around the clock. Frankly, Hill Valley’s repair budget must be pretty meagre. Maybe people thought it was the lightning that did it. Who knows? Who cares?

California Raisins got their money back 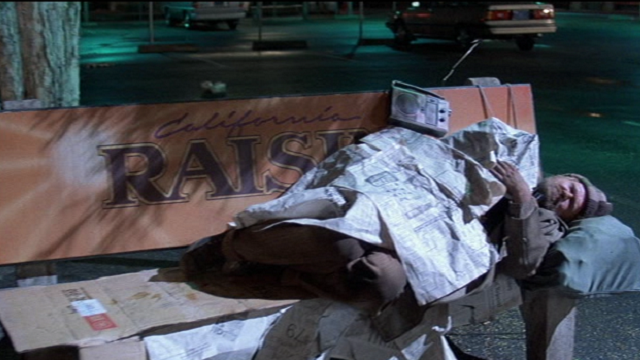 There’s something rather satisfying about the failure of product placement. Imagine a producer struck a great deal and the production got some extra cash, just for showing California Raisins in a good light. Sadly, Robert Zemeckis just never got around to coming up with a good idea to work them in so it’s just there on a bench where homeless Red sleeps. They gave the money back. Presumably they got to keep all the Peanut Brittle dollars though, otherwise that scene makes no sense…unless you’ve watched deleted scenes in which case it does but we assume you haven’t got time in your life for that.

Whatever happened to George McFly?

Classic Trailer Tuesday: Back to the Future (1985)

This week we look back at the coolest teaser trailer in town – Back to the Future.